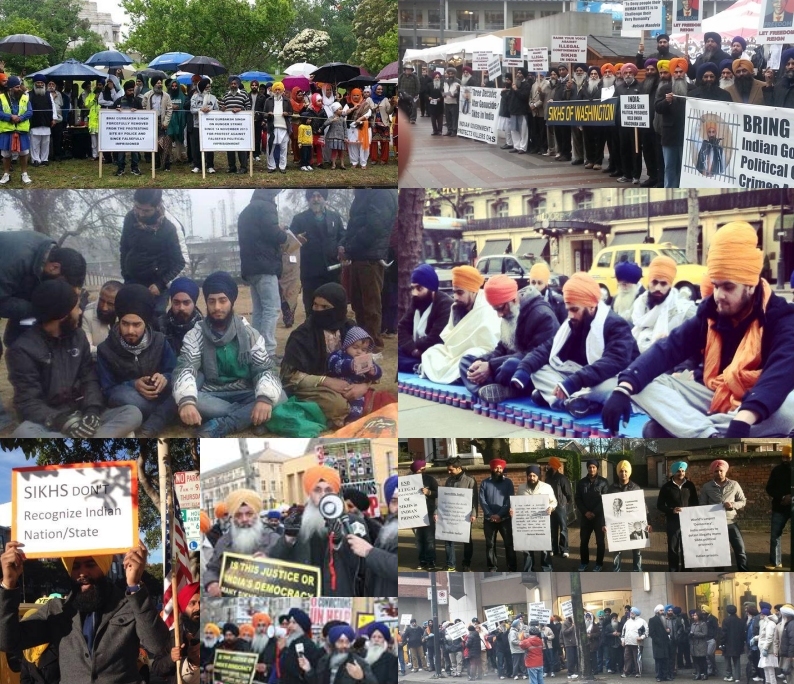 LONDON, UK (KP) - On the 20th anniversary of Human Rights Day, as declared by the UN, Sikhs across the globe marched in support of Bhai Gurbaksh Singh and the Sikhs who are unlawfully being incarcerated in Indian prisons. Protests and rallies were organized in Ireland, United Kingdom, Germany, Canada, USA, Australia, Kashmir and the Indian capital of Delhi.

On this occasion, human rights advocate Jaspal Singh Manjhpur released a tentative list of 118 Sikh political prisoners who are currently languishing in the Indian prison system.

The list also includes the names of the Singhs for whom Bhai Gurbaksh Singh launched his hunger strike on November 14th. Namely, Bhai Gurmit Singh, Shamsher Singh, Bhai Lakhwinder Singh (both imprisoned at Burrail Jail, Chandigarh since 1995), Bhai Lal Singh (imprisoned at Nabha’s Maximum Security Jail) and Bhai Gurdip Singh (imprisoned at Gurbarg Jail since 1990) - all of these individuals have already fully served their sentences.

"Internal conflicts continue to produce horrendous and widespread human rights abuses. Peaceful protests by people exercising, and calling for, their legitimate rights are being ruthlessly crushed by authorities virtually on a daily basis."

- UN High Commissioner for Human Rights, Navi Pillay
"As we commemorate the 20th anniversary of the Vienna Declaration and Programme of Action, let us intensify our efforts to fulfill our collective responsibility to promote and protect the rights and dignity of all people everywhere." 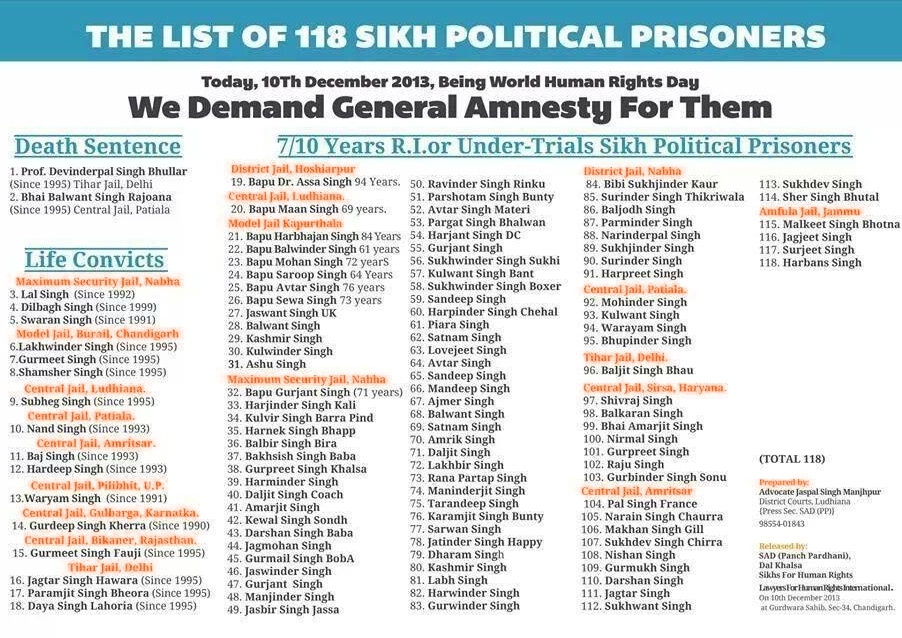