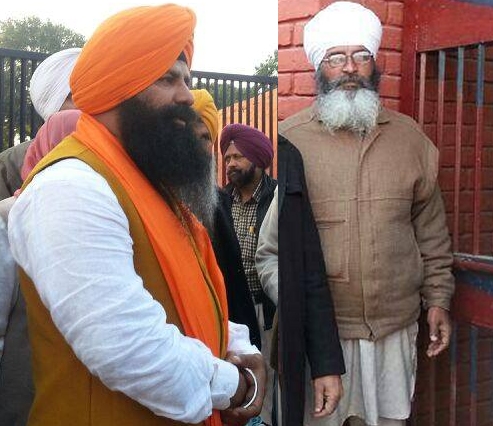 CHANDIGARH, PUNJAB - (Jan 25, 2014) Bhai Lakhwinder Singh and Bhai Shamsher Singh, the two remaining Burail detainees were back in their prison cells after the expiration of their limited parole. Bhai Gurmeet Singh, whose parole expired two days earlier, was sent back to Burail Model Jail (prison) on the 23rd of January.

Having all three Singhs, on who behalf the Amb Sahib Morcha was originally launched, sent back to prison, illustrates the colossal failure of the poorly orchestrated "fast-unto-death" hunger strike of Bhai Gurbaksh Singh back in December 2013. Furthermore, no progress has been reported on Bhai Waryam Singh and Bhai Gurdeep Singh, who continue to be incarcerated in other Indian state prisons.

It should be noted that both Bhai Lakhwinder Singh and Bhai Shamsher Singh had originally declined to sign their parole documents as they did not agree to being out restrictive parole was an avenue for their eventual release.

This issue caused major tension between Bhai Gurbaksh Singh and family members of Bhai Lakhwinder Singh. Both sides exchanged sharp words, including Bhai Gurbaksh Singh who publicly berated that by not signing their parole papers these Singhs essentially wanted him "killed/dead", and even compared their families' actions of those 'ਅਕ੍ਰਿਤਘਣ' and 'ਗਦਾਰ' (thankless traitors) who continually harmed the Panth.

Meanwhile the new organized "Rehai Committee" and Bhai Gurbaksh Singh continue to cast the blame on the Jathedars for failing to follow up on their "assurances."

CHANDIGARH, PUNJAB - (Jan 23, 2014) Much too the embarrassment of those who orchestrated the "Amb Sahib Morcha" for the release of Sikh political prisoners, Bhai Gurmeet Singh, who was temporarily given restricted parole less than a month ago, has been sent to the prison as the allotted time of his parole expired.

The three other Sikhs, Bhai Lal Singh, Bhai Lakhwinder Singh and Bhai Shamsher Singh, could meet the same fate as their paroles also expiring within the next few days.

Meanwhile Bhai Gurbaksh Singh, who held the much publicized "fast-unto-death" hunger strike at Gurdwara Amb Sahib, and representatives of SOPW and Dal Khalsa who had orchestrated this morcha are now putting the blame and responsibility of release on the Jathedars and the Badal regime for not fulfilling their promises of the eventual permanent release of the Sikh prisoners.

The Jathedars and Sant-Samaj have so far avoided any public comments on this issue and even snubbed the much criticized "thanksgiving" function organized by Gurbaksh Singh at his native village in Haryana. 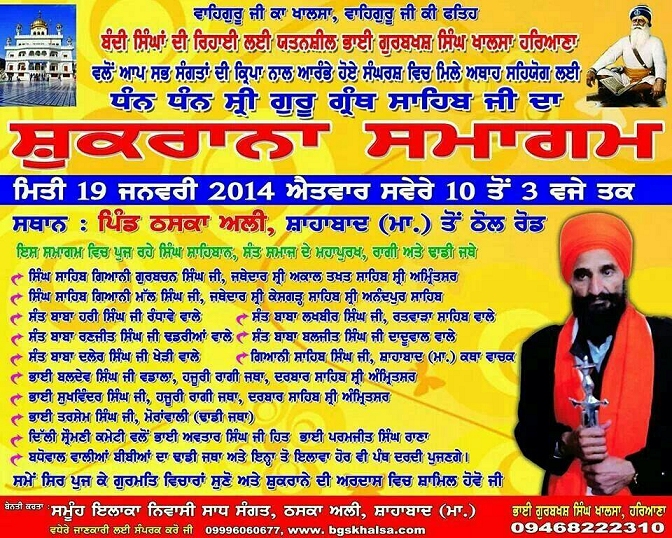