New Delhi (KP) - For the first time, spy cameras were used by Sikh organizations in a sting operation to uncover massive beadbi of Gurbani and the biggest translation scam by the Delhi Sikh Gurdwara Management Committee.


Vemaraju Bhanu Murti, a non-Sikh and Telugu-speaking person was assigned by the DSGMC to translate/transliterate Sri Guru Granth Sahib ji. However, Murti’s work has huge discrepancies which have lost the authenticity of Gurbani’s words and meanings. 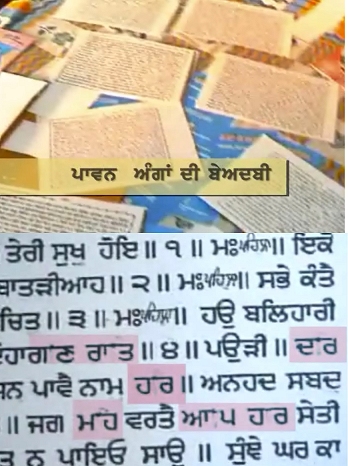 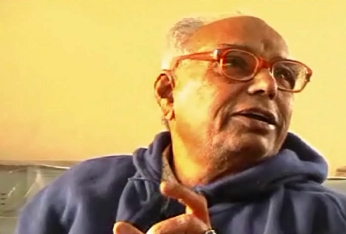 “I can’t understand or read Punjabi … It was the grace of the Almighty which made me accomplish the gigantic task of translating Guru Granth Sahib into different languages,” says Murti in the video clips.

The sting operation was carried out by the Delhi-based Global United Research and Service Institute of Knowledge for Humanity (GURSIKH) and the Naujwan Khalsa Phulwari (NKP). GURSIKH and NKP have filed a complaint with the Akal Takht to investigate this matter and take the appropriate action against the guilty.

In essence, Murti has left many grammatical errors and has completely left off lagaa(n) maatraas in his translation; hence 730 pages of Sri Guru Granth Sahib Ji have been riddled with spelling and grammatical errors. The translation has distorted the meanings of certain stanzas of Gurbani.

Members of the NKP alleged that DSGMC had handed over the project of translating Sri Guru Granth Sahib Ji into Telugu and 17 other Indian regional languages to Vemaraju Bhanu Murti. However, Parmjit Singh Sarna, President of DSGMC, has said that he had withdrawn the project from Murti. Sarna said the DSGMC would constitute an inquiry committee to take action against those who were involved in assigning this translation task to a non-Punjabi-speaking person.

The GURSIKH organization has alleged misappropriation worth RS lakhs by DSGMC members. The translations have been published into gutkas with the approval of DSGMC and Murti was honored with a Siropa last year at a Gurpurb and described as ‘panth vidvaan’.

It is noteworthy that from 1962 to 1999 only Sukhmani Sahib and Japuji Sahib was translated into Telugu, but surprisingly after 1999 till 2002 the same person was able to translate Sri Guru Granth Sahib ji into 17 languages in a short span.