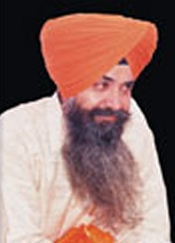 This is the fifth article in the series on the revelations made by Rashtriya Swayamsevak Sangh (RSS) representative Rulda Singh on discreetly made voice recordings obtained by Panthic Weekly news bureau.

Daljit Singh Bittu, president of the Shiromani Dal Khalsa, a former chief of the All-India Sikh Students Federation and member of Dr. Sohan Singh's 'Panthic Committee' was currently serving a life sentence in Nabha prison along with his associate Gurcharan Singh Gama, when he, along with Gamma, were mysteriously released from prison and their respective life sentences commuted. He has been called the India's 'poster boy' for the Sikh militancy, since he has rejected any further use of force in forgoing the ongoing Sikh struggle for autonomy.

Coincidentally, Bittu and Gama were arrested from the very spot in Nurpur Bedi where his mentor Dr. Sohan Singh was caught three months earlier. Unlike other arrests, the Punjab Police made no attempts to seize the property or the building Bittu, Gama and Sohan Singh had been using as a residence. The mystery does not end here. 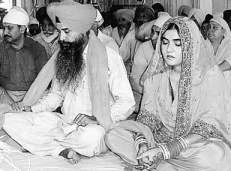 To everyone’s astonishment, Bittu was released on parole for twenty-one days for his marriage in October of 2005. This wedding was covered by the media extensively and, according to the ‘Chandigarh Tribune’ , was attended by various politicians such as DSGMC President Paramjit Sarna, Badal’s former finance minister Capt. Kanwaljit Singh, Mohkam Singh, spokesman of the Taksal, and Baba Sarbjot Singh Bedi of the Sant Samaj.

Here is what Rulda has to say about Bittu :

Rulda claims that he (RSS) and the Bittu group (Daljeet Singh Bittu and company) are one and the same.

Rulda recounts the time when Narendra Modi (Chief Minister of Gujarat and prime accused in the genocide of Muslims in Gujrat) and himself went to get Daljeet Bittu released from the Nabha Jail.

RESULTS IN NEXT SEVERAL YEARS

Rulda is asked of Daljeet Bittu's individual effort to get certain people released from jail. He responds by saying that he wants them (Bittu group) to say this now. Rulda further goes on to say that he has documentary proof that he is the main man behind these efforts and that they (RSS) are doing solid work which you will see the result of in the next 5, 7, 10 years. 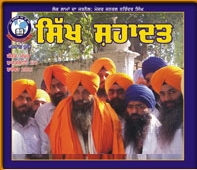 Rulda displays pictures from the day of Daljeet Bittu's release from jail. He claims to show a picture of that day which includes Narendra Modi, Surinderpal Singh of 'Sikh Shahadat' magazine, and himself. Rulda also repeats again that he is the one who secured the release of Daljeet Bittu from jail.

For the third time Rulda admits that with his (RSS) full assistance, Daljeet Bittu was released from jail but they don’t go around making this information public.

Rulda calls Daljeet Bittu a terrorist and says that the people will never accept him. Rulda further goes on to speak of the motive for his relationship with Bittu. Speaking of the past and coming future, Rulda says that these people (terrorists) killed 20,000 before and will kill 20,000 again. It is not the congress who killed you guys (Sikhs) nor was it the BJP, that there is another force which you are failing to see.

If Rulda’s claims are true, then what deals were made in exchange for Bittu’s freedom? Interestingly, during his prison time, a full fledged political party, known as Shiromani Khalsa Dal was established by Bittu and his supporters, along with a news magazine called the Sikh Shahadat.

On one hand, Sikh activists such as Jagtar Singh Hawara are tortured and locked up in solitary confinement and even the Granthi who performed his Anand Karaj imprisoned. On the other hand, unprecedented paroles for marriage are offered to Bittu along with subsequent freedom and annulment of his lifetime prison sentence. What price would Hawara have to pay to earn the same treatment?

Already dubbed by the Indian press as the ideal 'role model' for next generation of Sikhs, only time will tell about what Bittu really has to offer.

Next week: Summary and conclusion of this series.