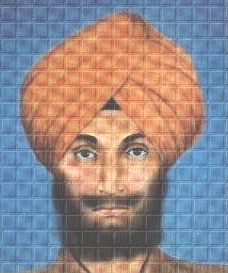 THE COURT STATEMENT OF SATWANT SINGH

Every court in the land only gave the sentence that Prime Minister Rajiv Gandhi had wanted. In the Supreme Court, Bhai Satwant Singh made a statement. He said, “Let any part of my body, after my Shaheedi, be removed and used by anyone (Doner) who may need. However if you need my eyes, let the authorities tell my parents. I have no hatred for any Hindu, Muslim, Christian, neither hatred for any religion. After my Shaheedi, let no Sikh throw any rock at any Hindu. I am not in favour of any retaliation or bloodshed over my Shaheedi. If we do create bloodshed, then there is no difference between us and Rajiv Gandhi. I am Proud of the task that I did! I do ardas in front of Waheguru ! If I am blessed with a human life, then give me a death of the Brave when I am hanged. Forget one life, if I could I would give up a thousand lives to kill dushts like Indira Gandhi, and laugh as I become Shaheed by hanging….”

His lawyer, Sardar Bhupinder Singh Sodhi was the last to meet Satwant Singh in Tihar jail. Sodhi said, “Beloved Satwant, I am so sorry I was unable to save you from the death sentence. Now this is the last time we will ever meet,” the lawyer said as he became emotional.

Sardar Satwant Singh replied, “Vakeel Sahib, you should be making me strong. We will meet again. Promise me you will fight my case next time as well!”

Bhupinder Singh Sodhi replied, “Pyarey Satwant, I do not understand what you are saying? All your appeals have failed. Tomorrow morning, 6th January, at 6am, both you and Kehar Singh will be hanged.”

Satwant Singh replied, “Vakeel sahib, whenever Waheguru gives me a human life, I will once again destroy the enemies of the Sikh Nation like Indira Gandhi. The again you will come and fight my case. Those who believe in truth and human rights will always have to fight these brutal regimes. I will keep taking births! I will keep killing dushts! You will keep meeting me!”

Seeing Satwant Singh in such Chardikala, lawyer Bhupinder Singh Sodhi said, “Pyare Satwant, great are you, great is your Sikhi, so blessed am I, who was able to fight the case of a Lionheart, brave warrior such as you. Waheguru ji has blessed me just to have the darshan of you. Any nation that has warriors like you, Satwant Singh, brave, 'mard' [a man], 'soormais' [brave man]. That nation can never be controlled, intimidated or suppressed.”

In the end, on 6th January 1989, early at 4am, as the authorities walked them towards the noose, their voices could be heard from outside the jail, shouting, “Bole So Nihal ! Sat Siri Akal !”
Then a few moments silence...

As both of them stepped forward and kissed the hangmans noose, a very heavy rainfall started...


Just as the British had done with Bhagat Singh, Sukhdev and Rajguru. Their bodies were taken to Ferozpur, and cremated on the banks of the Sutluj river. Similarly, the Indian Government did not hand over the bodies of Shaheed Satwant Singh and Shaheed Kehar Singh to their next of kin. Their bodies were cremated within Tihar jail. When the cruel authorities started cremating the bodies, the rain suddenly stopped. Nature was doing its bit to respect the Shaheeds. As the bodies burned, the authorities did not have the heart to hand them back to the families. The lawyer, Sardar Bhupinder Singh Sodhi said to the authorities, I can understand you have hatred for those spirits who killed Indira Gandhi, but how can you even have hatred for their corpses?

Then to further insult the Shaheeds, the authorities dreamed up another stunt. The last wish of both Shaheed Satwant Singh and Shaheed Kehar Singh was that their ashes be taken to Sri Kartarpur Sahib. However the Police forced the families of these two Shaheeds into jeeps and vans and drove them to Hardwar. Throughout the whole journey to Hardwar, it rained heavily. Then at gunpoint giving the families no choice, the final ardas for the Shaheeds was done. Just as the ardas began, the rain stopped. It was like nature was also paying respect to the Shaheeds. Bhai Satwant Singh`s father, Bapu Tarlok Singh, and the son of Bhai Kehar Singh, Sardar Rajinder Singh, poured the ashes in to the river at Hardwar.

Bibi Surinder kaur passed away a few years ago from cancer. She was widely respected in the Panth for the dedication with which she stayed with Bhai Satwant Singh.