Bollah the Police Cat spotted in BC 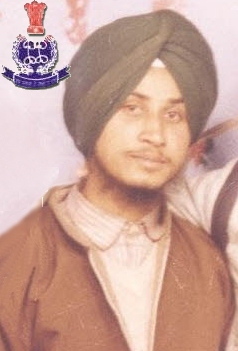 Surrey, BC (KP) - Less than three months after Sukhi the Police Cat was exposed in Punjab, fresh revelations have surfaced of another controversial police Cat. Rather then being discovered in Punjab, the new revelations are rooted in North America and France, setting off alarms in the western Sikh diaspora.

The named individual is Kulbir Singh aka Bollah. He is reportedly staying at the residence of Kulwinder Singh of Surrey, BC. Kulbir Bollah, like Sukhi the Police Cat, assisted the Punjab Police in terrorizing hundreds of individuals and their families during the peak of the Sikh freedom movement of the 1980s.

Speaking to Panthic Weekly, confidential sources, whose families were directly or indirectly affected by Bollah’s actions, estimated that hundreds of innocent Gursikh families suffered from the unparalleled “treachery” of Bollah. These included individuals, men, women and children, who were killed, tortured, and harassed due to the information provided by Kulbir Bollah to the Police authorities.

Kulbir Bollah, a former student of the Punjab Agriculture University (PAU) in Ludhiana, was arrested in 1988 by the Police for having links with Sikh freedom fighters. Soon, he reportedly changed alliances and joined the ranks of other informants who were being recruited by the Punjab Police to help reveal the whereabouts of Sikh fighters and their sympathizers.

Confidential sources noted that Bollah personally traveled with the Police and helped pinpoint many of the key Singhs who were part of the freedom movement. He would also personally stand by and watch while the young and old were being tortured by the police. They stated that if the police detainees would deny involvement, Bollah would then challenge and taunt them by calling them liars. He would become the State’s key witness against each detainee.

Just as other Police informants were given State privileges, such as Police protection, relocation, and financial assistance, Bollah was relocated to France in the early 1990’s, and has been living there ever since, out of harm’s way.

Upon further investigation, Panthic Weekly learned that Kulbir Bollah had been living a reclusive lifestyle in France, and that reportedly no one, except a handful of individuals, have kept contact with him. He has been virtually sidelined and rejected. 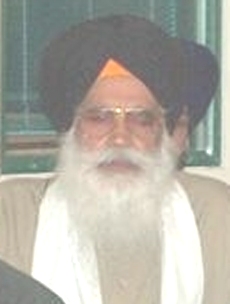 The alleged host : Kulwinder Singh of Surrey, BC

Kulbir Bollah reached the Vancouver/Surrey area on May 16th of 2006, and has been staying with a well known Sikh family. Reportedly, his host, Kulwinder Singh was interested in getting Bollah married locally in the BC area. Some community members fear that an innocent person might be duped into marriage with Bollah since most do not know about his background. It was revealed to Panthic Weekly that Kulwinder Singh was contacted by several individuals who told him not assist or host Kulbir Bollah, but that those requests have fallen on deaf ears.

Kulbir Bollah’s collaboration with the Punjab Police in the 1980’s has reportedly caused immense damage to the Panth. His entrance into British Columbia’s large Sikh population has sparked concern and controversy about Bollah’s true intentions, especially from the victims' families. The Sikh nation needs to be vigilant of such individual's future activities, and should possibly pursue war crimes charges against them in international courts.

Panthic Weekly staff is in the process of investigating this news story in further detail. More information will be provided next week, including any possible interviews with the individuals involved.

Link to letter from AKJ (India) regarding Bollah

Sender IP identification :34.238.190.122
By clicking on the 'Submit' button, you agree to the following conditions: