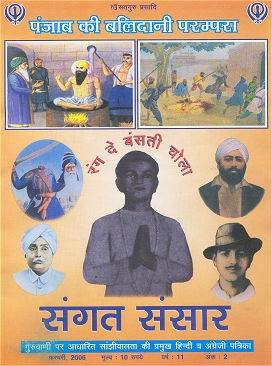 
AMRITSAR SAHIB (KP) - Despite the ban on the Rashtriya Swayamsevak Sangh and its offshoot Rashtriya Sikh Sangat (RSS) by the supreme seat of Sikh authority, Sri Akal Takht Sahib, members of the Delhi Sikh Gurdwara Prabhandhak Committee, and other so-called Sikh Parcharaks, politicians and Sadhs continue to intermingle with the anti-Sikh organization and attend thier functions.

In a memorandum released in July of 2004, Sri Akal Takht Sahib instructed the Sikh Nation to boycott both RSS organizations due to their anti-Panthic activities and agenda.

In recent issues of 'Sangat Sansar', the official mouthpiece of the Rashtrya Sikh Sangat, photos and advertisements of prominent 'Sikh parcharaks' and politicans are shown patronizing the anti-Panthic Sangh. 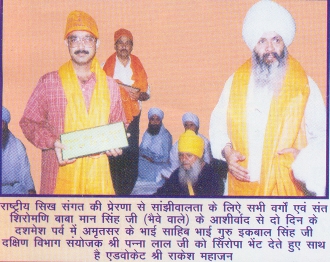 Translation of caption :
As directed by the Rashitriya Sikh Sangat to join together (sanjhivalta) with all the sects (vargh) and blessing from Shirmoni Sant Baba Mann Singh (Bhevevale) at the two day occasion of the Dashmesh Celebrations, Bhai Sahib Bhai GurIqbal Singh of Amritsar gieving a "Siropa" to Shri Panna Lal ji who is the planner of Rashitriya Sikh Sangat - Southern India, along with advocate Shri Rakesh Mahajan.

Note, Maan Pehova is the same rapist sadh who was exposed in PW duing his failed trip to California, see :

The US based Karnail Singh Gareeb, is an RSS favorite, whose name is being suggested as another candidate for the next Jathedar of Sri Akal Takht Sahib if Joginder Singh Vedanti was to be sacked. Karnail Singh was invited by the Sangh during the Vaisakhi of 2006 as covered by PW in it's article : 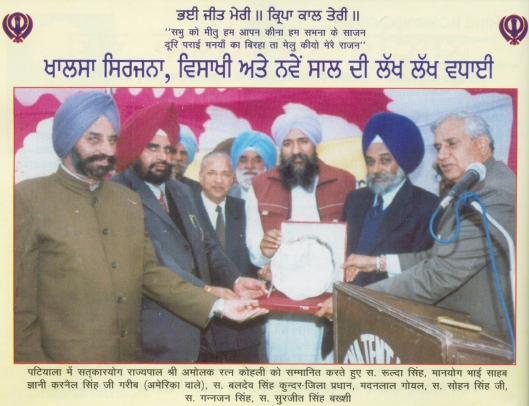 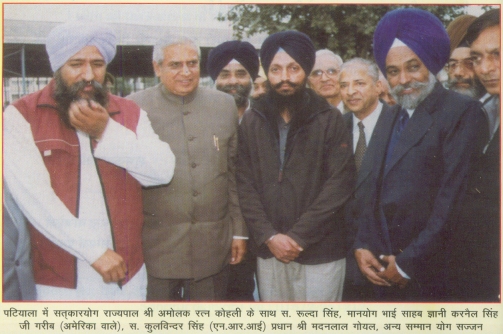 Note : Rulda Singh of the RSS on right hand side in blue dastar. 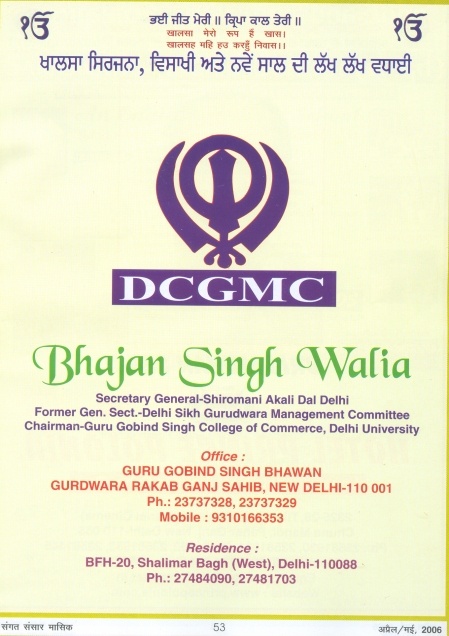 Advertisement in RSS magazine by Secretary General of DSGMC. 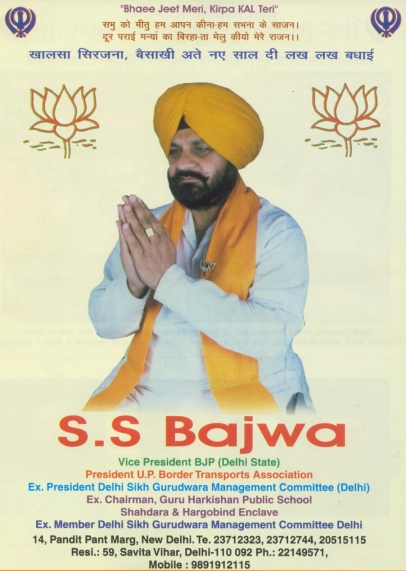