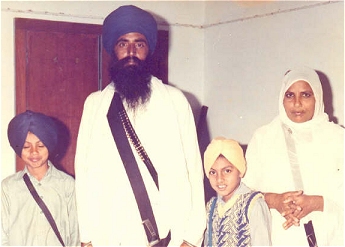 Jallandhar Punjab (KP) - Shaheed Baba Jarnail Singh Ji’s Singhnee passed away on September 14th of ill health. Mata Preetam Kaur was a heart patient and was admitted to the hospital several days before her death because of high sugar levels. Mata Jee was being taken to the hospital when she expired.

Panthic organizations, worldwide, offered thier condolences to Mata Jee’s family; and commented that the Khalsa Panth has suffered a huge loss with the death of Mata Pritam Kaur.

Mata Pritam Kaur was married to Baba Jarnail Singh in 1966; they had two sons - Bhai Ishar Singh and Bhai Inderjit Singh. Simranjeet Singh Mann, Shiromani Akali Dal (Amritsar) commented that Mata Jee was such a personality that never abandoned her Sikh principles during extremely difficult times, but instead passed on those principles to her sons.

Mata Ji's body was taken in a processsion that left from her native village of Kottha GuruPura to Rode, the ancestral village of Shaheed Baba Jarnail Singh Ji. The funeral and antim-sanskar services were performed at the outskirts of the village of Rode by members of Baba Jarnail Singh Ji's family, including sons Bhai Ishar Singh and Bhai Inderjit Singh, and Jathedars of various Takhts.

Sangat, numbering the thousands traveled on foot, cars, and buses attended the services. Bhog services and antim Ardaas is scheduled to be performed on the 23rd of September. 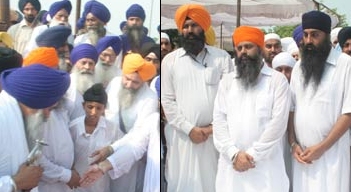