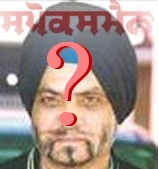 Chandigarh, Punjab (KP) – Following the attacks on several of the Rozana Spokesman offices across Punjab, many organizations have come out to support the Daily Newspaper against the lethal acts of the Noormehal Sanstha. While doing so, many organizations have gone above and beyond their needed duty and have publicly pledged needless support to the controversial newspaper in ‘all causes’ – an idea that is analogous to hurting the Ashutosh cultists, along with the Panthic Spirit.

These organizations include prominent members of the Shiromani Akali Dal, Khalsa Action Committee, Sikh Student and Youth Federations, and their various representatives and sympathizers across the globe, despite the fact that the Spokesman is a well known anti-Panthic publication.

While Panthic Weekly, along with other Panthic Organizations based in Punjab and abroad, also criticizes the acts led by Divya Jyoti Jagran followers, it is committed to following the mandates endorsed by Sri Akal Takat Sahib – in contrast to the very ideology of Rozana Spokesman, which not only defies the authority of Akal Takht, but also insults Gurbani, Sikh Rehit Maryada and Sikh Itihas.

Pledging total support to Rozana Spokesman leaves one totally perplexed over the stance taken by the so-called pro-Sikh organizations. Before the attacks were conducted by the Noormehal followers, these various Sikh organizations were against Rozana Spokesman for publishing derogatory editorials against the basic foundations of Sikhi, Sikh Code of Conduct, and Gurbani. They have now forgotten all their previous disgust towards the newspaper.

It should be noted that just this past week, Panthic Weekly published as editorial titled ‘Spokesman Continues to Spew Anti-Panthic Poison’ exposing the Rozana Spokesman for its continued efforts of distorting Sikh history and values. While the Rozana Spokesman has continued to spread its propaganda, should any Sikh organization support the newspaper administered by an ex-communicated Sikh?

1) While more and more organizations are coming to support Rozana Spokesman, do they also accept the philosophy circulated by its staff?

2) What is the stand of those like Giani Raam Singh of Damdami Taksal, RP Singh of the Akhand Kirtani Jatha, and Bhai Mohkam Singh of the Khalsa Action Committee towards the hatred possessed by Joginder Sawney towards Sikh Rahit, Amrit, Nitname, and Sikh Shaheeds, including Baba Jarnail Singh Bhindrawale?

3) As Rozana Spokesman continues to be the mouthpiece of Kala Afghana, how can it be supported by Panthic Organizations?

The above questions are awaiting responses from all of those organizations and leaders that have come to support the Rozana Spokesman despite its clear but controversial past.

The recent incident also brings up another interesting dilemma of the possibility that the attacks could have been actually ignited by none other than the Rozana Spokesman to seek the sympathy of others as it continues its mischievous work against the Khalsa Panth or to give those impersonating Panthic leaders the chance to succeed in their actual motives.

It should also be kept in mind that the Spokesman remains the favorite of even the Shiv Sena and Vishva Hindu Parishad leadership, as indicated by the Shiv Sena Chief Pawan Kumar Gupta in 2005 (Read Article: Shiv Sena Supports the New Anti-Panthic Spokesman Daily).

Sender IP identification :44.192.253.106
By clicking on the 'Submit' button, you agree to the following conditions: