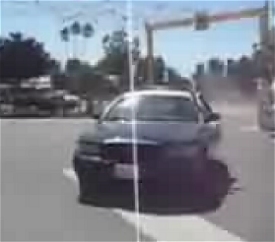 Selma, California (KP) - Shunned by Sikh Sangat and declared a 'pakka tankhyaia' by Takht Sri Patna Sahib for going against the mandates of the Supreme Temporal Authority of the Sikh Nation, controversial Ragi Darshan Singh again violated the edicts of Sri Akal Takht Sahib at a Gurdwara during a function held in this small farming town in Central California. The Ragi was invited to speak at Gurdwara Kalgidhar Sahib in Selma, California this past weekend.

In June of 2008, Sri Akal Takht Sahib issued an edict explicitly ordering Ragi Darshan Singh to refrain from criticising the contents of Sri Dasam Granth and Nitnem Banis, the edict also requested all Sikh institutions and Gurdwara Sahibs to not allow such criticism in any medium from their stages and platforms.

Panthic Weekly learned that the local Sikh Sangat appealed to the committee at least a month in advance to cancel the program by the Ragi after they found out about their intentions to invite such a mischievous person. However, all pleas by the Sangat were rejected as the attention of the committee members was focused elsewhere.

Several Sikh organizations, including the Khalsa Alliance, were surprised that the committee of this Gurdwara invited such a controversial personality. "This tankhayia is not only challenging the authority of our Takhts, but also ridiculing the sacred Bani of our Gurus. This can not be excused. The Alliance stated that it was in contact with various Panthic organizations in Punjab and abroad and would coordinate efforts for a complaint against the Ragi so strict disciplinary action can be taken against him - similar to the action against ex-communicated Kala -Afghana.

Ragi Darshan Singh has been asked by Akal Takhat Sahib not to spread doubts about the scriptures of the Tenth Guru within the minds of the Sikh Sangat. But the Ragi, who is known notoriously as a controversial hothead, has failed to abide by the directives of Akal Takhat Sahib. In January 2008, when Darshan Singh started his campaign to malign the Dasam Granth Sahib, he was at once challenged by over a dozen Panthic organizations for a debate at Takhat Sri Damdama Sahib. This debate was to be recorded and broadcasted live so that the Ragi does not back out of his claims. However, despite the good intentions of the Panthic representatives, the Ragi failed to appear altogether. He was given the option to bring any scholar to back up his claims, but it turned out that Ragi Darshan Singh was not looking to solve issues-his only interest was to stir them up.

Several resolutions were passed by representatives of Panthic organizations to not allow Ragi Darshan Singh to speak from Panthic platforms unless he clears his stance on Dasam Granth Sahib by sitting down with Sikh scholars. However, this did not stop him. He hastily organized his own form of a convention against Dasam Granth Sahib with the support of the anti-Panthic newspaper Rozana Spokesman and other pro-Kala Afghana individuals. No Panthic scholar was sent an invitation to take part in the convention. Such blasphemous acts by Ragi Darshan Singh led Takhat Sri Patna Sahib to summon and later excommunicate Ragi Darshan Singh. Although the excommunication was later overturned by Akal Takhat Sahib, the Ragi was asked by the Supreme Takhat to refrain from taking part in similar activities in the future. The Sikh Sangat was also asked to put complete faith in the writings of Guru Gobind Singh Ji and to refrain from causing useless arguments on this topic. This was the second time Ragi Darshan Singh was asked to refrain from starting controversial topics, the first hukamnama passed on June 6, 2008, clearly addressed to Ragi Darshan Singh, asked that he does not speak about Dasam Granth Sahib from Gurdwara stages. A copy of the hukamnama is being provided here for reference:

When the Sikh Sangat approached the Gurdwara Kalgidhar Sahib Committee on several separate occasions, the committee upheld that Ragi Darshan Singh would not be allowed to speak on any controversial topics. Furthermore, it was argued that there was no was harm in listening to someone's views. The committee however allowed the exact opposite when it provided a totally unmoderated stage to Ragi Darshan Singh for three diwans and also disallowed the local sangat to raise awareness against Ragi Darshan Singh-even though it was initially stated that there was 'no harm' in listening to someone's views. Furthermore, the committee, understanding that there will be opposition shown by local Sangat, asked the Selma Police to provide security at the event.

Sunday morning at around 10 o'clock, when Ragi Darshan Singh arrived at the Gurdwara Sahib, sangat had already reached there and was passing out copies of the Akal Takhat Sahib hukamnama that asked 'mischievous persons' to not speak against Dasam Granth Sahib. The Ragi was accompanied by the committee members and over two dozen other persons who surrounded the local Sangat and tried to seize all copies of the hukamnama. One or two misguided fellows thought that by grabbing, shouting threats and trying to intimidate the sevadars, they would turn over their flyers or become aggressive towards the committee. They were mistaken. Luckily, for the committee and their accomplices, the Selma Police intervened and prevented them from making more of an embarrassment. The committee was told that the protestors had "freedom of speech" and they could not be forced to hand over the "flyers".

Following this, the committee members at once told the police that all protestors must be removed from the premises of the Gurdwara. The local sangat had no option but to step outside of the "private property". This however did not stop them from distributing the material that was printed out against Ragi Darshan Singh. As the sevadars stood on the street outside, all cars that were entering the Gurdwara Sahib were handed the information and also acquainted with Ragi Darshan Singh's background. The committee members asked the police to intercede, but their request was rejected. By this time, the committee had removed all the flyers from the cars and dumped them into the garbage, without considering the bani that was printed on them.

All this time, sevadars remained totally peaceful and kept their attention focused towards informing the Sangat. After some time, as the intention of remaining peaceful became evident to the police, the officers on duty decided to allow Singhs to enter the complex but on the condition that they don't pass out any information inside. Singhs agreed to this condition and decided to go inside and listen to Ragi Darshan Singh's views. As the sevadars sat down, the Ragi stopped his kirtan and started to deliver discourses. At once, he switched to the topic of Dasam Granth Sahib and started filling doubts in the minds of the Sangat. He made several of the following statements to challenge the authenticity of Dasam Granth Sahib:

As this nonsense continued to be aired inside, all sevadars still remained peaceful despite the vicious agenda of the Ragi who seemed to cause trouble on purpose with misinformation and blatant falsifications. The police had become fully convinced that the sevadars would not cause any trouble, and instead, as they had already witnessed in the morning, the committee members and their supporters were the troublemakers. The officers on duty decided to leave and requested the Sangat standing outside to continue to adhere to peaceful opposition. In the end, it was really the Gurdwara Committee members that made a mockery of themselves and their committee in front of the non-Sikhs.

After the kirtan program was over, Ragi Darshan Singh left for the residence of Bhai Tara Singh, a senior committee member. It was found out later that from amongst the committee members, only three - Bhai Tara Singh, Bhai Jarnail Singh Bagri, Bhai Bhajneek Singh and the hazoori Ragi Jatha Bhai Joginder Singh Chandan were in favor of inviting Ragi Darshan Singh. Initially, the Ragi was only invited to the Gurdwara after Bhai Joginder Singh Chandan contacted him.

It was just two years ago that the committee invited Giani Joginder Singh Vedanti and other Takhat officials to visit Gurdwara Kalgidhar Sahib when Singhs intervened and stopped Vedanti and others from speaking from the stage as their trip to the US was planned to inaugurate an anti-Panthic Gurdwara in Lodi which did not even adhere to the hukamnama of 'tables and chairs' in the langar hall. After this incident took place, the same committee members held a meeting at the Gurdwara in Lodi and apologized to the Takhat Jathedars. At the same time, the committee members acknowledged their allegiance with Akal Takhat Sahib on all matters.

Interestingly, the same committee members now have fully refuted the Akal Takhat Sahib, along with its hukamnamas. Where the committee members actually stand on these issues remains a mystery to be solved. But one thing is clear, just like the Mahants that had taken control of Sikh institutes during the pre-British rule era in India; people with the same mentality have taken over control of the Gurdwaras now. Their intention remains focused solely on gathering all wealth donated by the Sangat and to earn fame, it does not matter if they have to go against the wishes of the Sangat or if they defy Gurmat.

In our next edition, PW will publish further videos of the Ragi's outbursts against Sri Dasam Bani in Selma, including reaction from the Gurdwara management and Panthic personalities.