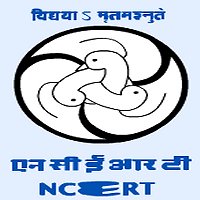 CHANDIGARH (KP)-- Sikh organizations charged that the National Council of Educational Research and Training (NCERT), which has headquarters at New Delhi, is an RSS based organization set up by the Government of India to promote Hindu Nationalism within public and private schools across India.

The current party in charge, the Indian National Congress, has failed to reform these institutions. In June 2004, a panel instituted by NCERT reviewed NCERT textbooks and determined that they had erroneous information and lacked in real content. The panel then decided that such books should not be used and only texts from the pre-"saffronized" period should be used in classes. However, this has not been the case in many places like Punjab. Therefore, the Dal Khalsa has demanded the NCERT to refrain from propagating erroneous Sikh history to students.

Currently NCERT textbooks are propagating RSS ideology across schools in India. These RSS texts which are distributed by the NCERT state that Sri Guru Teg Bahadur Sahib Ji was "hind-ki-chadar" or protector of Hindus. Dal Khalsa is demanding the Union government have NCERT change this erroneous information from “hind-ki-chadar” to “dharam-ki-chadar” or Protector of Righteousness. It is ironic how Sri Guru Teg Bahadur's shaheedi is recognized as a Sikh holiday in schools across Punjab, but other important events like Sri Guru Nanak Dev Ji’s birthday or the birth of the Khalsa are not recognized as important days. Teaching students that Guru Ji is "hind-ki-chadar", and then giving them a day off sends the wrong message to the minds of the innocent youth.

Dr. Manjinder Singh, general secretary, and Kanwar Pal Singh, secretary of political affairs, Dal Khalsa, have informed the Union Government that Guru Ji sacrificed his life to uphold human rights and religious freedom for all people regardless of caste, creed, gender, age, or religion. The Dal Khalsa representatives further went on to note that some of Sikh history has been fabricated by non-Sikhs under the influence of elitist Brahmins. They also stated that Sikh history should not be taught from the works of perverse historians, instead Sikhs should correct Sikh history according to the truth and free from the influence of Sikh adversaries.

Instead of referring to pseudo-Sikh scholars like Kushwant Sinh, Pashaura Sinh, Kala Afghana, Dilgeer, and Spokesman Editor Joginder Sawney to understand Sikh history we should refer to more knowledgeable and enlightened scholars like the esteemed Bhai Kahn Singh Ji Nabha.

In his brilliant book "Hum Hindu Nahin" (We are not Hindus), the esteemed scholar Bhai Kahn Singh Ji mentions that Sri Guru Teg Bhadar's martyrdom was not for the sake of Hindus. He states, "Helping the poor and the troubled is the cardinal principle of the Sikh religion. If the compassionate Guru sacrificed himself to remove injustice and to help those who sought refuge that does not prove that the Gurus were Hindus.

"The Guru showed to Aurangzeb that his desire was to make one religion from two, i.e., to convert Hindus to Islam, but this is the Will of the Almighty that there will be the third Khalsa Panth distinct from the two. The Guru did not sacrifice for Brahmins but for the whole world, as it is shown in Bachitar Natak:

In his well written book which was written over one hundred years ago in 1898, Bhai Sahib refutes Brahmin pundits by stating that Sikhism is not a sect of Hinduism.

Yet it is common today that many right wing Hindu elements, the RSS in particular, try to discreetly insinuate that Sikhs are Hindus. By controlling the information in school textbooks, Hindutva organizations have more access to further promote their ideology with innocent Sikh youth. Consequently, these innocent youth turn away from their unique Sikh identity and adopt an Indian national identity.

Sikhs are not the only minorities victimized by these cunning tactics. Christians and Muslims have also been targeted where their religions have been portrayed as Hindu sects. Some RSS literature has made the ridiculous claim that Christians and Muslims came from Brahmins. They state "the Yadvas had two priests. Krishna went to one of the priest who was called Kristan Manya. Musali (Balbhadar), brother of Krishna went to the other priest who was called Musal Manya. The two religions are the descendants of these two priests. People do not know the correct pronunciation of Sanskrit. Therefore, instead of stating Kristan Manya and Musal Manya, people started calling them Christians and Muslims" (Bhartendu Babu Harish Chandra).

These types of ridiculous historical claims have no sense of logic or evidence. Furthermore, it’s ridiculous to claim that Guru Sahib died for Hindus. History does not support this claim. It is a well known fact that Kashmiri Brahmins who were led by Pundit Kirpa Ram came to Sri Guru Teg Bahadur Sahib Ji at Anandpur Sahib in 1675 for guidance and protection from the atrocities of Aurungzeb. Anyone, regardless of caste, religion, creed, or gender who humbly comes to Guru Ji’s shelter for protection will receive their minds desire.

These Brahmins, full of distress, faced oppression from Mughal governors. They faced heavy taxes, atrocities, and cruelty under the Mughal governors of Kashmir. In addition, the honor of their daughters was being lost and they were losing their religion to the fanatic zealots who were proselytizing Islam.

When the Kashmiri Brahmins explained their troubles to Guru Ji, Guru Ji replied, "Such activities can only be stopped by the sacrifice of a great person."

Immediately after Sri Guru Teg Bahadur Sahib's reply, Sri Guru Gobind Singh Ji, who was only 8 years old, replied to his father, "who else is greater than you, O father."

Kirpa Ram obliged and Aurungzeb issued summons for the Guru. Guru Ji was then given the option to renounce Sikhism and embrace Islam or meet death. Despite Guru Ji's opposition to the supersititious and oppressive Hindu religion he still decided to risk his life to uphold the Sikh beliefs of truth, justice, fearlessness, selflessness, and compassion.

Is it clear that Guru Ji is pointing out that Sikhi is a separate path from Hinduism and Islam. It is also apparent that Guru Ji predicted that the principles of truth, honesty, courage, and compassion professed by Sikhs will lead to the expansion of Sikhi--those who previously were Hindus or Muslims will embrace Sikhi after seeing its principles put into practice. This is what happened in the case of Sri Guru Teg Bahadur Ji's martyrdom. Guru Ji’s shaheedi taught the masses the principles of non- discriminatory compassion. People discovered that there is no Hindu or Muslim, there is only God.

In Bachitar Natak Guru Ji narrates his conversation with God:

Sri Guru Teg Bahadur's altruistic act is unprecedented in the course of human history. As a perfect servant of God, Guru Sahib helped anyone in need. Guru Ji did not display discrimination towards anyone. Furthermore, Guru Ji did not see people as Hindu, Muslim, rich or poor. Instead Guru Ji saw God in everyone.

Guru Ji did not help Brahmins--Guru Ji helped a group of people who were helpless and came to his sanctuary. Similarly, anyone is welcome to come to Darbar Sahib to seek Guru Ji's sanctuary. Anyone can come to the Guru's langar in which food is distributed without any discrimination. The principles of compassion and service are the foundations of Sikhi. Whether a person is Muslim, Brahmin, or Shudra, there is no distinction in Guru Ji’s presence