Will Pakistani Sikhs be included in U.S. Initiative? 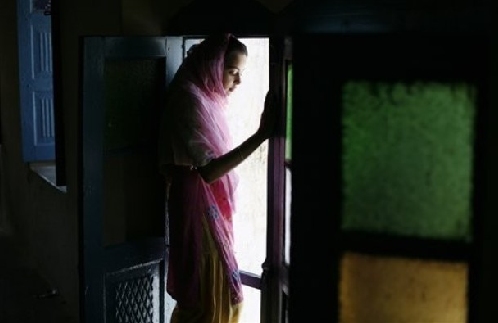 After weeks of harassment , abuse, and military conflict, Sikh devotees who previously resided in the Swat Valley were forced to leave under Taliban pressure and military conflict (see http://www.panthic.org/news/0/ARTICLE/4963). Since leaving their properties, occupations, and valuables, the Sikh Refugee community has been experiencing extremely difficult financial situations. The Pakistan Government has not properly compensated the refugee community for its trials and tribulations. In fact, the Government has only offered a meager Rs10,000 (about $200-300 U.S. dollars) for each refugee family. This cheap incentive will only last a few months for the 128 Sikh refugee families who are currently compacted in numerous Pakistani Gurdwaras.

The establishment of Islamic Law and the uprising of the Taliban in the Swat Valley has led to military actions which have displaced millions of Pakistanis including Sikhs of the Swat, Buner and Orakzai Agency. During the recent military conflict between Taliban and Pakistani forces, the Taliban decided to collect funds for their war by coercing the religious minorities of the country. Religious minorities had to either give 500,000 rupees or face death.

While this war is being fought between the Taliban and Pakistani Government, it was the U.S. who urged the Pakistani Government to initiate military actions in this region. Thus it is also part of the United State's responsibility to reimburse the two million refugees who have left their homes in order to flea the war torn Swat Valley region which has witnessed an increase in Taliban insurgency due to U.S. Pressure.

Just last week, the Obama administration had promised humanitarian aid to deal with the displaced Pakistani population. In a press conference last week, Secretary of State Hilary Clinton announced a $110 million package that will be forwarded to the Pakistani Government to relieve displaced refugees. $26 million has been given for the immediate purchase of wheat and other food for the refugees. $17 million from Food for Progress for 50,000 tons of wheat arriving in May and June. $10 million will be given to respond to forthcoming emergency appeals by the United Nations. $15 million will be given for shipments of food items such as lentils, dried peas, and other basic foodstuffs. $12 million for an emergency response center for direct humanitarian needs to cater to sick and injured refugees. In addition, there is $10 million from the DOD.

Pakistani Prime Minister Gillani has allocated the responsibility of U.S. aid funds to Brigadier General Nadeem Ahmad who was appointed aid instructor during the 2005 earthquake in Kashmir. Efforts should be made to inform Pakistani Sikhs about these additional funds which are being given to displaced refugees. In addition to the already promised Rs10,000 for Sikh refugees by the Pakistani government, additional American funds should be distributed proportionately to the displaced Sikh refugees. Currently a U.S. Disaster Assistance Response Team (DART) and embassy personnel in Islamabad are on the ground working in collaboration with Pakistani officials in evaluating needs for shelter, food, health, water and sanitation services. In addition to receiving aid from International Sikhs, Pakistani Sikhs should contact United Nations and DART for further assistance.