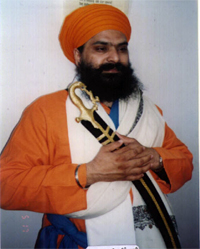 Patiala, Punjab – Baba Daljit Singh, the head of ‘Guru Nanak Mission of America, Inc.’ became the center of controversy again after a Patiala based Kathakar alleged that the Baba swindled him out of 1.6 million rupees on the pretext of procuring a visa for him to the United States.

In a written statement released to the press by Gurmail Singh of Patiala, along with related documents from the Human Rights Commission of Punjab, and the affidavits sent by the Guru Nanak Mission of America, Inc, it was alleged that Daljit Singh agreed to sponsor Gurmail Singh for the purposes of preaching in America at a cost of Rs. 1,600,000. According to Gurmail Singh, two other individuals, Ranjit Singh and Harvinder Singh, who were also to be sponsored along with Gurmail Singh, were also swindled of large amounts of money by the Baba.

When contacted by Panthic.org, Baba Daljit Singh declined to comment on the controversy, stating he had not seen the actual allegations against him


Gurmail Singh states that he was a former classmate of Daljit Singh at the ‘Gurmat Vidyala’ of Hari Singh Randhawa-wala, and in the past Daljit Singh has sponsored many individuals from Punjab, including several Singh Sahibs (Takht Jathedars.) Gurmail Singh states that that he too became interested in getting ‘settled’ in America, and the Baba ensured him that he too would get permanently settled there for a price. 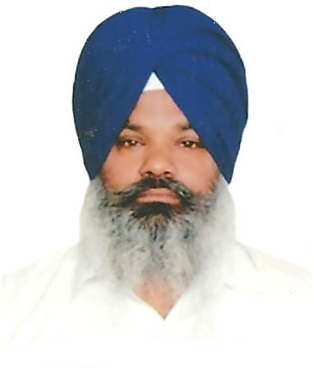 Gurmail Singh alleges that he secured a sum of Rs. 1,600,000 utilizing his life savings and selling family jewellery, and delivered it to the Baba on January 10, of 2006. Since then, Gurmail Singh states, the Baba has not been able to secure him a visa, and has also refused to return the money.

Gurmail Singh alleges, when he demanded the money from the Baba, he and his family have received threats from the Baba and his associates, and thus has filed a complaint with the Patiala Police.

Speaking to Panthic.org via telephone, Gurmail Singh requested that authorities in the United States should take action against the notorious Baba, and give the control of his property and Gurdwara to the local community.

The Chicago-based Baba gained notoriety back in 2005 when he was caught red handed in a motel with another women, amidst a week long ‘Kirtan Darbar’ that was being held at his dera. (http://www.panthic.org/articles/2016). Due to the pressure from Chicago area sangat, he was summoned to Sri Akal Takht Sahib for his illicit relationship, but received a light reprimand, due his political and personal connections with the Jathdars.

When contacted by Panthic.org, Baba Daljit Singh declined to comment on the controversy, stating he had not seen the actual allegations against him, and would only do so after he has ‘learned’ the details.

The new allegations against the Baba provide further fuel for Panthic organizations who for years have been requesting Sri Akal Takht Sahib to take strict action against the Baba. Most doubt that any actions would be taken by the Takht Jathedars, due to their close relations with the Baba. This close proximity was recently illustrated when Giani Gurbachan Singh, the Jathedar of Sri Akal Takht, chose to stay at the Baba’s dera without any apprehension or hesitation.