Sikhism: A World Religion Anomaly in Constitution needs to be Rectified 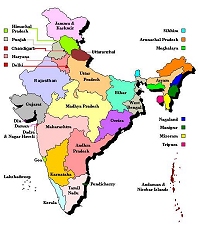 RELIGION IS TOO SACROSANCT to be left to politicians. Every now and then they make a hash of it. The case of Sikhism is an example. Art.25 of the Constitution of India guarantees that all persons are equally entitled to freedom of conscience and the right freely to profess, practice and propagate religion.

This unfairly clubs the Sikh religion with Hinduism – as a ‘fundamental’ assertion that is wholly untenable in the context of Guru Granth Sahib. Any impartial person familiar with Guru Granth Sahib would regard the Scripture as the sole authority in matters mundane, moral and spiritual.

Now, the constituent Assembly met for the first time on 9 December 1946, just months before the partition and the creation of Pakistan. When the Constitution was adopted on 26 January 1950, there was perhaps only one Sikh member of the Constituent Assembly, Sardar Mangal Singh. Whether the said Assembly – later Parliament – had deliberated upon the implications of bracketing the Sikh religion with Hinduism is not clear. Even to a layman, it is ridiculous that the determination of the status Sikh religion should have been – ironically – consigned to an “explanation” appended to an article dealing with the freedom of religion. Indeed the “explanation” virtually subverts that very freedom, without any ostensible justification. Surely religion boundaries are not determinable at the whims of politicians – or “honorable” Members of Parliament.

The events of 1980, i.e. the army assault on Amritsar, assassination of the Indira Gandhi, then Prime Minister, and the massacre – by Hindu mobs – of innocent Sikhs, in Delhi and across northern India, confirm that the much-touted Hindu tolerance was a myth, for after 1984 the print media, in a symbiotic relationship with the then government, skillfully cultivated the Sikh’s image as that of a fundamentalist and a terrorist.

Guru Granth Sahib emphasizes the unity of all races under one God. Basic to its exegesis is: when God willed, He created the multitudinous universe, for God is the Cause and none can fathom His limits. Guru Nanak indeed formulates the theory of creation, in a Rag Maru: (SGGS: 1035-36). The Guru conceives of a perfect society of God-Conscious men; adumbrates the spiritual technique of Naam-Yoga- to a level undreamt of before, where “pure knowledge, infinite harmony and bliss” would prevail. These philosophic postulates – combined with realism – crystallized into moral declarations

Guru Granth respects all faiths but celebrates the path of Sikhi. Similarly Guru Gobind Singh Ji’s rousing poetry: unity in multiplicity of belief systems – both in Hinduism and Islam.

In a significant contemporary context, the Chicago-based Parliament of world’s Religions has long recognized Sikhism as an independent faith. Each of its sessions in 1993, 2004 – and more recently – Melbourne, gave Sikhism its due status. We recall a USA court ruling in the autumn of 1997, when Judge J.Painter of the Ohio Court of Appeals, ruled – in a case against Dr. Harjinder Singh: “I am amazed,” said Judge Painter, “that a case like this would ever be prosecuted (Since) the Sikh religion has been part of the world history. An integral part of that religion is the Five K’s worn by its members. To be a Sikh is to wear a Kirpan. It is that simple,” the Judge concluded.

Now, in India, in recent times we have been blessed with a brilliant and pragmatic economist as the Prime Minister: a Sikh of immaculate credentials. Sadly Indian educational system bypasses Sikh history and basic information: For instance, e.g. that the martyrdom of Guru Teg Bahadur in 1675 forever stemmed the tide of forcible conversion. On the other hand, the tourist literature and the television ceaselessly propagate the image of India as a Hindu state.

Nation across the world are suffering because of poverty and ignorance. Violence and terrorism in the name of religion are taking a heavy toll of innocent lives. Any confusion regarding religion – [such as, that inherent in the “Explanation” to Article of the Constitution] should be quickly and benevolently rectified, for it would be prudent to avoid any confusion about the status of Sikhism in the Indian context. The sooner the offending clause (that clubs Sikhism with Hinduism) is expunged the better for goodwill and peace.

The Supreme Court today declined to pass any order on a plea that the Sikh Community, which gets the birth certificate under the Hindu law, faces an uphill task to explain immigration authorities across the globe that the community is different from Hindus.

"It is very difficult to convince the people abroad, especially the immigaration authorities, that though they are given birth certificate under Hindu Marriage Act, they are Sikh by religion," senior advocate Mukul Rohatgi told a Bench headed by Chief Justice K G Balakrishnan.

He was appearing for a Sikh who filed a PIL seeking suitable amendment in the Constitution to declare the community out of the purview of the Act.

The Bench, also comprising, Justices R V Raveendran and Deepak Verma, said though it was in agreement with the issues raised in the petition, it cannot entertain the subject as it has to be looked into by the appropriate authority in government.

"We know it is very difficult to convince but we cannot pass any direction," it said.

Rohatgi said the PIL was preferred before the apex court as there was no response after the community ran from pillar to post to convince the authorities.

The PIL, filed by Joginder Singh Sethi, sought a direction for amendment in Article 25 of the Constitution for implementing the recommendation of a Commission headed by Justice M N Venkatachaliah to delink Buddhism, Jainism and Sikhism from the Hindu Marriage Act.

The petitioner had pointed out that though Sikhs were under the ambit of the Hindu Marriage Act, the rituals for performance of marriage were different from those of Hindus.