Jaspal Singh - A Sikh who refused to convert to Islam 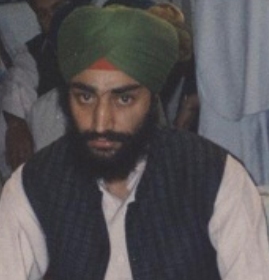 Attari - "I am proud of my brother, he has not been killed, he has attained martyrdom for the honour of Sikh religion. He refused to convert to Islam and preferred to lay down his life," an inconsolable Taranjit Singh told TOI here on Monday, a day after his cousin's beheaded body was found.

Pakistani Taliban had ruthlessly beheaded Jaspal Singh and Mahal Singh while two others - Gurjit Singh and Gurvinder Singh - are still in their custody. Pakistan Sikh Gurdwara Parbandhak Committee president Sham Singh, however, said only Jaspal Singh had been killed.

Jaspal's cousin, Taranjit, who lives in Lahore, has been in India for the past three weeks on a pilgrimage. He revealed that the kidnapping of Sikhs by Taliban was not only for money, but also to threaten the small Sikh community of Pakistan to embrace Islam.

Taranjit, who was on his way back to Pakistan, said: ``Had it only been about money, we (the Sikh community of Peshawar) would have contributed and paid the hefty ransom of Rs 3 crore and forgotten about it for the sake of their lives. But they (Taliban) had forced Jaspal to cut his hair and convert to Islam to which my brother refused and they beheaded him.'' He said Jaspal had sacrificed his life for the religion and to protect his identity.

"I have to go and see how the situation is there for us,'' he said, unsure of the fate of the Sikh community in the Federally Administered Tribal Areas (FATA) bordering Afghanistan. He, however, admitted that he was afraid to return home.

Kirpal Singh, brother-in-law of the victim, said, ``Jaspal and his mother were also to accompany us and they had even got the visa for pilgrimage, but then he was abducted.'' Jaspal is survived by four children, including two daughters, and his widow, he added.

Sikhs in general were safe in Pakistan, but in FATA and other areas under control of Orkazai Agency, Taliban set their own rules, Kirpal Singh said.