This above proverb was uttered by the American statesman, scientist and philosopher Benjamin Franklin over two hundred years ago.

Two centuries later, this proverb is still true as ever, and was vividly illustrated last weekend by outcasts of Toronto’s Sikh community. The limits of absurdity and foolishness were passed when this group announced that an ex-communicated heretic had been officially recognized by the Canadian Government and a postage stamp was released in his honor. In reality, no such honor has been bestowed by the Canadian government.

This “news” was orchestrated by the group in hopes that it would embarrass the Panthic establishment and Sri Akal Takht Sahib for ousting of their controversial leader, Ragi Darshan.

Lying, misleading, and using such deceptive tactics seems to be the modus operandi and a way of life for the supporters of the heretic Ragi – he was ex-communicated from the Sikh Panth on January 29th of 2010.

Having lost all credibility and respect in the Sikh community, and barred from Panthic stages, humiliated cronies of the heretic Ragi have sent out various releases stating this their ex-communicated leader had been bestowed by “Government of Canada” by this prestigious honor.

Here is an extract of one of their press releases:

After the first glance, one can easily see that the stamp is nothing more than a custom on-line postage that one can create by simply uploading an image file to a website. Such services for custom stamps exist in many western countries, while the stamps have a monetary postage value, and they are not officially released or commemorated by the Governmental postal agencies, in this case ‘Post Canada.’

In various countries, postal agencies have hired third party vendors to provide these custom printing services. They include: 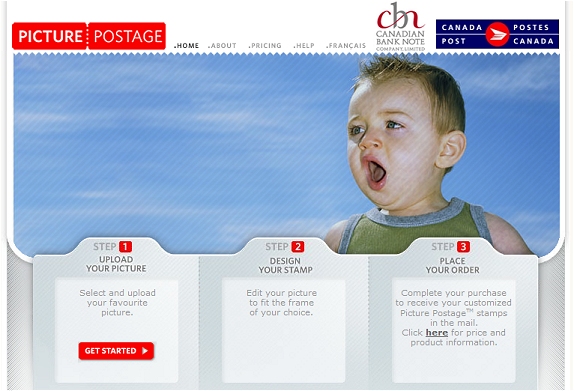 Picture Postage website wizards allows you to print stamps from any image.

The pro-Ragi lobby tried to pass on this hoax in the western media and the Panjabi press, but their efforts stalled after Toronto’s Punjabi media was alerted about this group’s misleading actions. This controversy was also discussed on Toronto’s TV and talk-radio programs such as Rangla Pujab, and Bhakhday Massaly.

Intrestingly, this group chose the occasion of March 14th, the beginning of the traditional Sikh New Year, and ironically invited a local Hindu politician, Devinder Shory to their bogus ceremony.

Khalsa Press, contacted Devinder Shory’s office in Alberta, and Ottowa. While Shory was unavailable for comment, his office stated that they had no knowledge about the organizers trying to mislead the public into thinking this stamp was released by ‘Canada Post’ nor do they have any responsibility for any mis-information that might have been spread about this stamp.

Khalsa Press also confirmed with ‘Canada Post’ that no such postage stamp was issued or authorized by the Canadian postal agency recently; in fact the last one released in connection with the Sikhs was over a decade ago in 1999, in commemorations of 300 years of the Khalsa Tercentenary.

It is a shame that these unscrupulous characters are resorting to such deceptive tactics in order to promote their heretic leader. They have used the same tactics in the past to disparage Sri Dasam Bani and attack pro-Panthic institutions and personalities.