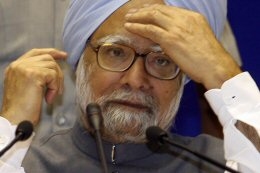 Canada’s special invitation to Akshay Kumar, the Bollywood star of ‘Singh is King’ fame for a specially arranged banquet in honor of Indian Prime Minister Dr. Manmohan Singh glamorized the significance of the occasion. In the backdrop of the colonial past of the two countries, a regal approach to socio-economic problems invites a careful attention. Though the focus was to sail through the volatility of fiscal reversals, however, India used the occasion to clinch Civil Nuclear Cooperation deal and garner unflinching support of France and Great Britain for a permanent seat in the UN Security Council.

India’s participation at G 20 Summit on June 28, 2010 in Toronto hogged maximum attention of the world for many reasons. The fact that world’s largest democracy exuded a great confidence to show 8-9% growth impressed world leaders of Dr. Singh’s professional expertise in economic matters. He doled out pearls of wisdom by stressing fiscal discipline to reduce sovereign deficits and opposed huge cuts by Germany and Britain to stem the tide. By entering Comprehensive Economic Partnership Agreement and bilateral trade of 15 billions, Dr Singh made a mark that top-tier Indian industrialists, highly politicized bureaucrats and Savarkar-type brand of politicians most expected of him. The sternness of their message to the Prime Minister before leaving for Toronto had domino effect on him that reverberated in his strident tone to demonize Canadian Sikhs as outsiders and extremists.

Contrary to it, on July 16, 2009, Dr. Singh after NAM summit in Sharm el-Sheikh in Egypt had to cut sorry figure in the Indian Parliament when had de-linked Islamic terrorism from the composite dialogue to be pursued by India and Pakistan. Obsessed not to repeat the same unpardonable error at NAM summit, and eager to please Pundits of Indian foreign policy back home, Dr. Singh unambiguously connected Sikhs outside of India as wedded to terrorism.

Dr. Manmohan Singh’s visit to Canada coincided with 25th anniversary of bombing of Air India Flight 182 and the completion of the public Inquiry by Justice John Major. Victims of families and magnet of Indo-Canadian politics hoped terrorists would be identified after 25 years of long investigation. The failure of Canadian Intelligence agencies was solely held responsible for the most horrific act. A few days before the G20 summit, much heat was generated over a petition in Canada Parliament, when two liberal party MP’s succeed in tabling the motion of declaring 1984 Sikh massacre as genocide. India reportedly tried its best to defeat it and define it as anti-India sentiments. Dr. Manmohan Singh earlier in his bilateral talks with Canada PM had apprised him of Canada’s soil being used for anti-India activities by Sikh extremists.

But in an exclusive interview, with the Tronto Star, Dr. Singh showed his complete transformation from his earlier soft stance of suggestiveness to aggressiveness. His tone became authoritarian, harsh and accusatory in warning Canada of providing its resources to Sikh terrorists to destabilize India. The language and measured cadence had all the effect of an arm-twisting that Canada had never experienced before. Canada had ignored the warning of a terrorist attack before the bombing of Air India Flight on June 23, 1985. India had reportedly thorough intelligence of bombing the Air India Flight, but the riddle remained unsolved as to why no extra-precautions were taken up by Air India staff to flop the smuggling of bomb aboard. The suspected Canadian Sikh’s death in Indian Police custody further complicated the investigation. Air India Flight 182 came down exactly one year after the storming of the Golden Temple Amritsar in 1984 and seven months after the Sikh carnage in Delhi and many other cities of India.

The focus of the world media drastically shifted from the State terrorism to the Sikh terrorism. 329 innocent lives could have been saved according to Justice Major in his report. The report still is silent as to who exactly was responsible for the worst attack in the Canadian history.

Some analysts believe that Prime Minister’s forewarning maybe an indication of an impending terrorist attack on a wider scale. Official terrorist cells may arrange such an attack to give weight to Dr. Singh’s words. Only a month before, Ujjal Dosanjh complained of threats to his life. He reportedly warned India to suppress the rising radicalization of Sikhs in Canada. A section of Sikhs believe it is all a political posturing. Some politicians of Indian origin get votes by supporting Sikh issues, and others get a larger vote bank of non-Sikhs by acting as victims of Sikh extremism. A Sikh from Surrey referred to Mr Dosanjh, the First Punjabi Premier of BC as suffering from such an obsessive mindset. He asserted that Dosanjh can get more votes by masquerading cosmopolitan style and at the same time portraying baptized Sikhs as regular terrorists. Dosanjh’s political career has become so much dependent on so-called hatred of Sikhs that he would keep it alive in the Canadian media on usual basis.

During the bilateral talks with his Canadian counterpart, Dr. Manmohan Singh similarly profiled Canadian Sikhs without giving specific details and evidence of a violent trend. He warned “Sikh extremism, separatism and militancy were a problem in India two decades ago. Today, Punjab is at peace and there is a growth and prosperity. ---There are, however, some elements outside India, including in Canada, who try to keep this issue alive for their own purposes. In many cases such elements have links to or are themselves wedded to terrorism.
Their activities are a reason for both governments, in India and Canada to be concerned. We have sensitized the Canadian authorities in this matter, we have been pointing out that Sikh extremism in Canada which has no support in India, is not good for Canada.---We feel that vigilance and close co-operation between both governments on the issue is necessary.” Isn’t Dr. Singh targeting Canadian Sikhs for popularity of a larger audience at home?

Dr Singh seems to have played the majoritarian card by making Canadian Sikhs a soft target of the fascism of the Indian intelligence agencies. In such circumstances, Indian Consulate offices all over the world got a free license to not only demonize average Sikhs, but literally fleece them of their hard earned money. Sikhs have already been facing tremendous problems in practicing their religion. Many European countries have banned Sikhs’ turban in Public. In the wake of stereotyping and making scapegoats of Sikhs at the global level by a Prime Minister who himself is a Sikh, the community feels aggrieved, betrayed and alienated.

By consistently refusing meeting with Sikhs living outside India, Dr. Singh has been demonstrating a poor image of his people. Why an average Sikh in the Indian context has to be apologetic for imaginary view of his community’s extremism? Maybe the only way for claiming one’s Indian identity is to acquiesce in your own vilification? KPS Gill is a national hero because he is a party to fake encounters, elimination of human rights activists and pandering to murderous intents of Indian political leaders. Similarly, Giani Zail Singh had to mislead all members of his community two days before the attack by assuring them that Government had no plan to storm the Golden Temple. His lie cost thousands of devotees on a Sikh historic day trapped in the crossfire in June 1984.

During many of their verbal duels, Congress leaders Rajinder Kaur Bhatthal and Capt. Amrinder Singh accused each other for harboring hardcore Sikh militants in their bungalows. Dr. Singh’s government never found it necessary to interrogate them for their links with terrorists? Wasn’t Samjhauta Express, the dream train of India-Pakistan friendship blown up by the imaginary Muslim terrorists? The use of 60 KG RDX from Indian Military arsenal to destroy the train, however, was traced to the Colonel of the Army. In November 2008, the media hadn’t even learned yet to use the word ‘Hindu Terrorism,’ when 26/11 Mumbai massacre completely wiped it out along with the ATS Chief, Heman Karkare who had dared to link Hindu to terrorism? If Hindu terrorism is a misnomer, why Sikh or Muslim terrorism isn’t?

Prime Minister though has been riding a wave of economic success, isn’t it only to be a King of an Empire in which 80 % poor have no role. Dr. Singh perhaps remembers that Mrs Indira Gandhi had to play the Sikh extremism card at such a time, when she had miserably failed in checking rising prices, poverty, and inequity of justice. Therefore, Sikh terrorism card wasn’t a sign of her strength, but an embarrassment to her leadership.

Sender IP identification :3.236.15.142
By clicking on the 'Submit' button, you agree to the following conditions: