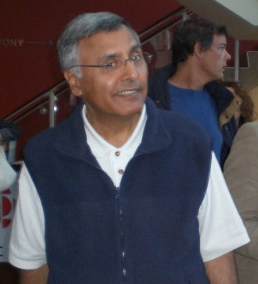 Jatinder Singh Grewal, a Canadian citizen and Youth Coordinator for "Sikhs For Justice" will be the primary witness in the complaint.

View copy of complaint filed in the court of Chief Judicial Magistrate, Chandigarh


Avtar Singh stated that during a press conference in September at Chandigarh, Dosanjh had cautioned the Canadian government about the second and third generation Sikh immigrants, alleging that Sikh youths in Canada were propagating the principles of Khalistan."

"He has defamed the image of Sikh youths living in Canada and abroad by giving this statement. It is very unfortunate that Dosanjh, who had a major portion of his voters belonging to Sikh community, indulged in such vilification campaign against the members of Sikh community for the sake of publicity," Avtar Singh added.

The Court has fixed December 12th, 2010 as the date for hearing of the preliminary evidence and on the basis of that evidence Ujjal Dosanjh will be summoned before the court for the criminal offence of Defamation. Advocate Navkiran Singh stated that in case the court finds substance in the allegations made in the criminal complaint, the court can order an imprisonment of two years.

Sikhs For Justice stated that (the) “complaint against Ujjal is a warning for other such elements in Canada and elsewhere who have been involved in systematic campaign against Canadian Sikh community in retaliation of the growing support in the community for Sikh Human Rights issues.”

“Such elements often work for or on behest of Indian agencies and aim to discredit Sikh community's legitimate and genuine grievances regarding gross human rights violations against Sikhs in India and continued practice of impunity by the Indian Government.”