Why draconian laws in Punjab? 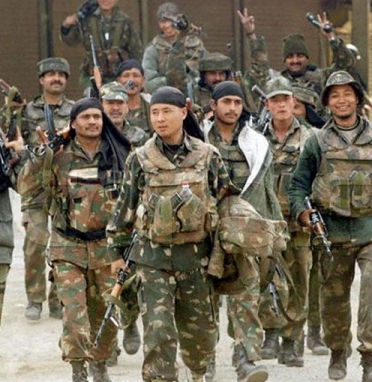 During the monsoon session of the Punjab Assembly, the Akali BJP ruling alliance hurriedly pushed two bills, both draconian in nature and go against the basic philosophy of the Akali Dal.

The Punjab Special Security Group (SSG) Bill, 2010, and the Punjab (Prevention) of Damage to Public and Private Property Bill, 2010 though face stiff opposition from a cross section of public opinion in Punjab. The Congress in protest against the Bills staged a walkout from the Assembly. The Bills were subsequently passed as the SAD-BJP legislators enjoy a majority in the House.

While introducing these bills, Deputy Chief Minister Sukhbir Badal argued that as per inputs received from Central agencies, Pakistan's ISI was pressuring terrorist outfits to carry out anti-national activities in India, particularly in Punjab. The groups had been asked to disturb the peace and tranquility in the state. There is an immense threat to the life of certain highly threatened persons in Punjab. Extremist leaders living abroad are also trying to attack prominent personalities in Punjab. In view of this, the need was felt for framing a legislation to provide for an armed force in the state to combat terrorist and Naxal activities, and to provide proximate security to the "highly threatened persons and their families." Are these new reports that necessitate such measures where even a peaceful demonstration which Punjabis resort almost daily to pressurize the government to act would require specific permission from the authorities?

Sukhbir Badal would not elaborate about what the central agencies like Intelligence Bureau and Punjab's own CID have provided. We know these kinds of arguments were normally advanced while introducing laws like TADA, POTA and Armed Forces Special Powers Act. These are routinely abused by the Para military forces and the police.

The Punjab Congress which would challenge in the Punjab and Haryana High Court two Bills finds these as "draconian laws meant to curb fundamental rights of citizens". It opposed the Bills on the floor of the House, and objected to the "sneaky way" to bring in laws that resembled the Armed Forces Special Powers Act. Capt. Amarinder Singh argues, "What is the need for bringing in these new laws when the state has been peaceful? I think these laws have been made to keep certain people under check in view of the Assembly elections scheduled for 2012. The government is trying to create a 'private force' to keep the opponents under the thumb. We will not let this happen".

Opposition has come from several front organisations of the communists and other trade unions besides activists of different shades.

Former state advocate General R.S. Cheema, who has studied the draft Bills, questioned the need for these legislations when there already exist-ed several penal laws for preventing, detecting and punishing anti-national elements. Why a special security group was being created to have extra-territorial jurisdiction. Under this law, the police could nab or even eliminate a person outside the state, without being answerable to the Central government. This impunity will embolden the police which already run roughshod over people's rights. Is the Akali government going to make the people of the state sub-servient to the police hierarchy?

The government has not explained the terms "anti-national force" or "unlawful activity". Cheema thought it could even mean smoking a cigarette in a public place or jumping the red light. "Why has it not been defined? I do not know who drafted the Bill." It also does not describe "threatened person" and his family members. It could well be designed to benefit certain VIPs.

Similarly, with Section 3 of the Punjab (Prevention of) Damage to Public and Private Property Bill, the government has tried to ban peaceful demonstrations, which could simply be done under Section 144 of the CrPC. Section 14 of the SSG bill says, "No suit, prosecution or other legal proceedings shall lie against any member of the police force on whom powers have been conferred... under this Act." Section 3 of the damage to property Bill says: "Whosoever wants to organise a peaceful demonstration... shall make an application to the district magistrate... for taking permission...." The DM may allow or refuse the permission. How ridiculous indeed. The Section 14 of the SSG bill would provide impunity to police force under this Act.

These bills are a clear cut violation of fundamental, political and civil rights of the people. This would also undermine the right to freedom of speech and expression of each citizen. Even the Akalis would find it difficult to taste their own medicine in case the Congress forms the next government in the state. These bills come at a time when the entire Indian civil society has raised a banner of protest against the blanket powers given to the armed forces under the infamous "Armed Forces Special Powers Act", unfortunately the Akalis have given the same powers in Punjab to the police force under a different name". The SSG bill will not stand any scrutiny under the standards set by the UN Protocol on Civil and Political Rights.

It not only is surprising but a bit shocking that the Akalis who have been in the forefront of fight against any repressive legislation should bring such laws and that too when the state is peaceful and democratic movements are taking roots. They have always vehemently fought against any authoritarian measures since the birth of the Akali Dal in December 1920. Its history is dotted with heroic struggles that meant huge sacrifices- beatings at the hands of the police, long jail terms and even death. Akalis abhorred these kinds of laws, fought tooth and nail and made huge sacrifices to see these repelled. Yet they are now enacting such laws. How strange and dangerous is this new trend!

(This article originally appeared in the South Asia Post, a leading web journal.)