Debate on the place of worship and the French Republic 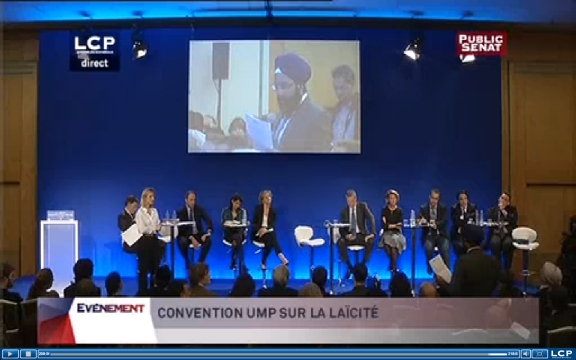 PARIS, FRANCE - The French concept of laïcité is often difficult to understand for foreigners, in part because the word itself is not easy to translate. As it signifies the strict separation of Church and State, the closest approximation in English is secularism. 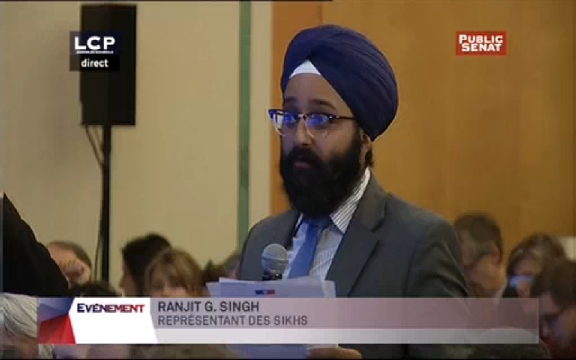 The speaker, Mr Ranjit G. Singh, Director of Public Affairs of French Sikh Community, reiterated the commitment of the Sikh community to the French Republic. This link goes back to King Louis Philippe when he sent an Ambassador of France in the kingdom Sikh Maharaja Ranjit Singh in 1835. French Sikhs may practice and express their faith freely with the 1905 law, called the law of separation of church and state. Secularism is, in principle, the guarantee of the French Cultural diversity, but nowadays, it seems it is becoming increasingly repressive. The various new laws on restrictions of freedom of religion in public schools and in public space gives a feeling of repetitive attack on religions in France.

Moreover, the French Sikhs are part of the French Republican project and French fundamentals principles of Freedom, Equality and Fraternity are common values to Sikh Philosophy. Today, the French urban landscape is marked by Gurdwara and Goumbad (sikh dome). The Sikh identity is inextricably linked to Dastaar, the Sikh Turban, which protects sacred hairs and allows to maintain them in obvious security and hygienic conditions.