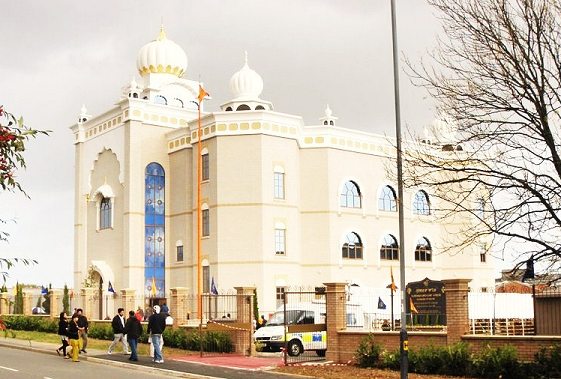 The 2006 Sri Akal Takht Sahib’s Sandesh prohibits any Gurdwaras permitting meat, alcohol, tobacco, dance, non-religious music or any other anti-Gurmat activities in any Gurdwara owned buildings or properties. Despite this, the group opposing the demolition of the old Gurdwara buildings are planning to build a large wall between the new Gurdwara and old Gurdwara in an attempt to hide the sacrilege and violation of Panthic Maryada.

A meeting was held on Sunday 27th March 2011 for the Sangat to vote. The meeting and procedures for the Sunday had been agreed by both sides, however the opposition, intending to stir trouble and terror in the Sangat, caused havoc in the Guru’s Darbar. Whilst the General Secretary, Jagtar Singh Gill, delivered a presentation about the proposals for an astro turf pitch and play ground facilities for the Sangat, in particular the youth, trouble makers stood up and began to shout, jeer and showed aggressive behaviour.

One Sikh lady in the Sangat said in a statement:

“It was a disgusting site. What do I explain to my children? Do these elderly people have no fear the Guru? They stood up, shouted, screamed and insulted Gursikhs. I have never seen the Gurdwara so packed as it was on Sunday… Drunkards and hooligans had been brought to the Gurdwara by the opposition party to intimidate the Sangat. Strict action should be taken against all individuals who insulted Sri Guru Granth Sahib Ji that day.”

The Gurdwara Committee with the support of the majority of the youth encouraged the Sangat to repeat Waheguru whilst the opposition hooligans hauled abuse and attempted to incite violence in the Guru’s Darbar. Despite, a ballot vote being agreed by both parties on the Friday before, the opposition tried to take away the ballot box and cause disruption causing concerned Sangat members to phone the Police. Under the watch of the Police, an independent observer and the Gurdwara solicitor, and Trustees, a ballot vote took place in which 422 voted in favour of the Gurdwara Committee’s proposal to demolish the old Gurdwara buildings and 64 against.

In a statement to the press, Jagtar Singh Gill, speaking on behalf of the Gurdwara Committee, said that the committee had consulted with the local Sangat particularly the youth. He said a format for the ballot had been agreed, but many of those opposing the demolition chose not to vote. Both the old and new buildings are owned by the Gurdwara. Mr. Gill said that there would still be space for the community facilities those at the community centre called for. He further added that outdoor sports centre would be funded by a separate charity, as the Gurdwara funds were ring fenced to repay the loan for the new Gurdwara building. 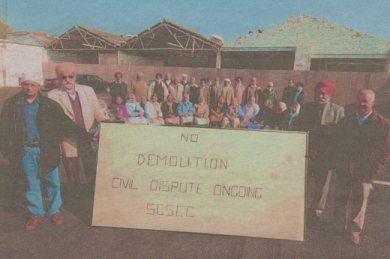 The current Gurdwara Committee said that they had decided not to demolish the old building but to leave the decision to the new Committee that would be appointed on the 24th April 2011. Despite unsuccessful smear campaigns from the opposition, the Gurdwara Committee told the media that “We have been completely transparent in all our dealings. We had a consultation before this and it was debated on the day. This has been probably been the most transparent committee there has ever been at the Gurdwara Sahib. It saddens us that it has come to this because the building is such a wonderful place of worship.”

The saga continues, with the opposing party attempting to cause disruption and commit sacrilege in Guru’s Darbar on Sunday 3rd April. In the presence of Sri Guru Granth Sahib Ji, a spokesman from the party opposing the demolishing of the old Gurdwara buildings, said on stage, “The Sangat is higher than the Guru.” It is saddening that elders of the community have become blinded to the love, fear and respect of the Guru and are willing to do Morcha for the sake of a booze hall when our ancestors died protesting and fighting to free our Gurdwaras from the clutches of the Mahants who had desecrated the buildings by drinking alcohol, eating meat and dancing girls in Gurdwara owned properties.