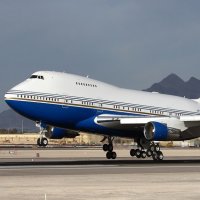 Amritsar, Panjab – United Sikhs has called on the Central Industrial Security Force (CISF), that provides security at all Indian airports, to revoke the ban on employees wearing a Kirpan at the airside at the Sri Guru Ramdas International Airport, Amritsar, because it violates their religious rights.

United Sikhs wrote on Friday to the Director General of CISF, N.R. Dass, to ask him revoke the ban that was enforced on 25th April 2011 at the Amritsar airport against all Kirpan wearing Sikhs who work at the airside.

According to a Times of India report on Thursday, commandant Sharad Kumar said that CISF, on security grounds, had banned Nirmal Singh (and other 18 Kirpan wearing Sikh employees working at the airside of the Amritsar Airport) from wearing a Kirpan, which, an Amritdhari Sikh is mandated to wear at all times.

“The Sikh community shares the public’s concern with national security, however, the ban of the Kirpan for airside employees at Amritsar airport is discriminatory because no such security threat is suspected for non Sikh airside security staff who carry weapons near the aircraft,” said Mejindarpal Kaur, United Sikhs legal director.

“Further, we cannot accept an abrogation of a Sikh’s constitutional right under article 25 (2) (b) of the Indian constitution, under which a Sikh has a right to wear a Kirpan at all times,” said Mejindarpal Kaur.

‘If a Sikh passenger is allowed to wear a Kirpan in the aircraft as provided for by the Indian Constitution, it is hard to accept why a Sikh employee should be banned from wearing a Kirpan at the airside for security reasons when he would have undergone greater security checks,‘
- Mejindarpal Kaur, Legal Director of United Sikhs.

“Staff employed at UK airports, including those working airside, are permitted to wear articles of faith while on duty”
- UK Equality and Human Rights Commission Guidance on wearing Sikh Articles of Faith.

This right is reflected in the Ministry of Civil Aviation’s Circular no.8/99 dated 28.4.99 (annexure-II), which allows Sikh passengers to carry a Kirpan with them on board domestic flights.

Further, in the UK, Sikh airport employees are permitted to wear the Kirpan at the airside. Heathrow airport, a highly security sensitive airport, allows Sikhs their religious right to wear the Kirpan. See page 20 of the Guidance for wearing the Kirpan issued by the Equality and Human Rights Commission of the UK by clicking here.