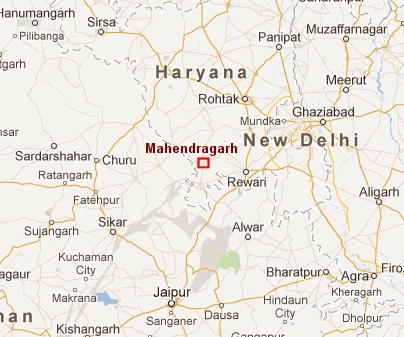 Witnesses Come Forward With Horrific Details of Survival of 1984 Killings

MAHENDRAGARH, HARYANA - After discovery of mass graves at Hondh-Chillar and Haily Mandi, in yet another heart wrenching discovery, two more ethnically cleansed sites from the November 1984 Sikh Genocidal have been discovered in the state of Haryana by All India Sikh Students Federation (AISSF) and Sikhs for Justice (SFJ). The evidence discovered by Sikh rights groups show that villages Gudha and Kanina Mandi Khaas District Mahendragarh, were ethnically cleansed of all Sikhs in a systematic pattern witnessed all across India during November 1984. After being savagely attacked by government organized Death Squads, the entire Sikh population was forced to abandon their property, homes and businesses in an attempt to save their families.

In November 1984, hundreds of Sikh families were living in Gudha-Kemla and owned shops in Kanina Mandi Khaas. After the assassination of Indira Gandhi, organized and well equipped death squads attacked Gudha and Kanina Mandi Khaas and torched houses and burnt down shops belonging to Sikhs and ethnically cleansed the villages.

The discovery of genocidal attack sites at Gudha and Kanina in District Mahendragarh comes after the discovery of Mass Graves at Hondh-Chillar, Pataudi and Haily Mandi in Districts Rewari and Gurgaon in which hundreds Sikhs were killed during November 1984 by the death squads organized and patronized by then Congress CM Bhajan Lal.

According to Khem Singh who was Sarpanch of the village Gudha in November 1984 and now settled in Bathinda, after the attackers torched down the house of Sundar Singh, Sikh families fortified themselves in an old Haveli owned by late Harnam Singh. The siege of the Haveli by the attackers continued for more than a week during which shops and houses belonging Sikhs were looted and burnt down in Kanina Mandi. The entire Sikh population of Gudha-Kemla was forced to abandon their houses and businesses and fled Haryana to save their lives, sadly recounted Khem Singh.

(Click to Zoom)
Uttam Singh Makkar son of late Sardar Harnam Singh the owner of the Haveli where Sikhs took refuge stated that an organized attempt was made to wipe out the entire Sikh population of the area but we narrowly escaped death. During the past twenty eight years, none of the inquiry commissions have ever investigated the murderous attacks on Sikhs of Gudha and Kanina.

AISSF President Karnail Singh Peermohammad stated that discovery of ethnically cleansed genocidal attack sites in District Mahendragarh shows that during 1984 thousands of Sikhs throughout India were singled out, targeted and attacked in an organized manner with intent to destroy the Sikh community. The discoveries of genocidal sites and Mass Graves in various districts of Haryana prove that there is a possibility of other Genocidal attack sites and mass graves in Haryana and other states across India, added Peermohammad.

AISSF Secretary General Davinder Singh Sodhi stated that “while Kehar Singh and Satwant Singh were arrested, prosecuted and executed within years of November 1984, but those who organized the systematic killing of Sikhs have never been even properly investigated”. The recent discoveries of genocidal attack sites in Hondh-Chillar, Pataudi, Haily Mandi and now Gudha-Kanina prove that the commissions after November 1984 were set up to actually “cover up” and not to investigate the killings of Sikhs added Davinder Singh Sodhi.

The only FIR’s registered during November 1984 at Police Station Kanina was never investigated and the crime of attempt to wipeout the entire Sikh population of Village Gudha has never even been investigated by the Government of Haryana in the last twenty eight years. Since March 2011, Justice TP Garg has been heading a one man commission to investigate the killing of Sikhs in Hondh-Chillar, Pataudi and Gurgaon.

As per the Sikh Rights Groups information more than three hundred thousand Sikhs were uprooted and forced to relocate their families in fear of their lives from the organized death squads which attacked Sikh localities throughput India during November 1984.