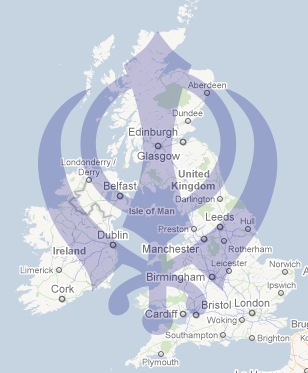 LONDON, UK - On Sunday 12 August, special memorial services were held at many Gurdwaras across the globe, including one by Sikhs in Switzerland at the Gurdwara Sahib in Langenthal.

Hundreds of Sikh mourners, prominent dignitaries and representatives from various inter- religious organisations and faiths participated in this memorial service in Switzerland to pay their final respects to the six Sikhs horrifically killed one week earlier in Wisconsin and pray for the well-being of those injured.

Sikh children sang hymns from the Guru Granth Sahib Ji, followed by speeches by prominent dignitaries and concluding with the Sikh prayer, the Ardaas, and the lighting of candles outside the Gurdwara to remember those killed.

It was a high profile event that was deliberately not publicised in advance due to the participation of the Ambassador for the United States of America to Switzerland, Donald S. Beyer Jr.

The Ambassador stayed for the entire memorial service lasting almost three hours and held discussions with Sikh representatives after Guru Ka Langar (food in the communal kitchen). In his address he disclosed his personal ties with Sikhs in California and expressed his deep sorrow for Sikhs across the world. He further added the perpetrator was almost certainly mad and that the USA authorities were fully investigating the incident. He also made reference to the millions that have seen the American flag fly at half-staff across the world and remember the Sikhs who lost their lives in Wisconsin.

In a veiled attack on the response in India to the attack (unnecessary burning of the US flag) it was asserted those killed were Sikhs living in the USA (and not Indians) and that was why the US President had responded so quickly in not only his statement praising Sikhs, but also in taking the unprecedented step of ordering the lowering of the US flag as a sign of respect. The Ambassador also paid tribute to the Sikh community for its immense contribution in the USA.

Bhai Dabinderjit Singh an advisor to the Sikh Federation (UK) who traveled especially from the UK to give the keynote speech on behalf of the Sikh community made a massive impact on the dignitaries who directly praised his speech or were left in tears and unable to speak. These included the US Ambassador who praised the speech on more than one occasion before he left, Andrea Della Balda, Deputy Ambassador of San Marino, Andreas Nufer from the Holy Spirit Church, Berne, Muhammad Hannel member of the IRASCOTIS (Inter-Religious working group) Switzerland and Vice President of the Network of Islamic organisations in Zürich and Narawila Dhammadassi Thero, from the Therwada Buddhist Centre.

Extracts from the speech of Dabinderjit Singh is reproduced below:

‘The sentiments I am sharing are not only those of Sikhs in Switzerland and the UK, but Sikhs across the Europe, North America and throughout the Diaspora.

What has touched Sikhs, people of all faiths and even people of no faith is the attack last week was in a Gurdwara, the House of God, a place of worship and those targeted were innocent men, women and children. When innocents are attacked in such a horrific way we can only call this an act of ‘terror’ driven by hate.

The frightening thing is this probably could have happen anywhere in the world and probably at any place of worship. However, the attack was on Sikhs, arguably the most visible religious minority in the world and in a recognised world power the USA. Therefore, the significance and impact has been much wider and greater.

This is not the first time innocent Sikhs pilgrims at a Gurdwara have been massacred. Our short history is littered with many examples, whether it be at the Gurdwara that marks the birthplace of the first Sikh Guru, Guru Nanak Dev Ji, at Nanakana Sahib at present in Pakistan; or the holiest of holy Sikh shrines, the Golden Temple Complex in Amritsar; or a Gurdwara called Rakab Ganj, opposite the Indian Parliament where Sikhs in very recent times have been butchered and burnt alive and that in the presence and with the encouragement of an existing Indian Government Minister.

Returning to the events of last Sunday – Our thoughts and prayers are with the victims that died and their families as well as those injured. Sikhs owe a special tribute to those brave American police officers, in particular Brian Murphy, who first responded to the attack and put their own lives at risk to protect innocents. Undoubtedly their actions saved many lives.

Sikhs would like to put on record our heartfelt thanks to President Barack Obama for his kind words towards the Sikh community upon hearing of the attack and his subsequent proclamation of flying the American flag at half-staff or mast until 10 August at all official US government buildings and establishments across the globe.
This gesture of compassion and respect shown by the President and the USA towards those who lost their lives is something the Sikh Nation will remember for many years to come.

Let me finish by saying Sikhs are a resilient Nation and we feel the six who lost their lives last Sunday, did not die in vain, much good and understanding of Sikhs, our experiences and predicament has emerged.

President Obama referred to this being a time for soul searching – this goes beyond the US, extends across the globe and across religious divides. This soul searching must result in greater respect for each other as human beings. This is encapsulated in the Sikh prayer, the Ardaas, which you will later join us in. The prayer all Sikhs join in every day always ends with the words ‘Sarbat da Bhala’- the well-being of all.’