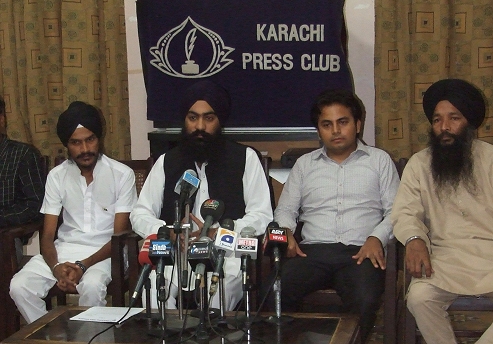 Pakistani Sikh representatives speak before the Karachi Press Club
KARACHI, PAKISTAN - The Pakistan Sikh Council (PSC) appreciated measures and steps that were taken by the US administration after the shooting at a Sikh temple in the American city of Oak Creek, Wisconsin, and lauded the action of the American police officer who took down the attacker and got himself injured to secure lives of the other Sikhs present there.


He condoled with the families of those killed in the attack and said all Gurdwaras in Pakistan have held prayers for the victims’ souls. Singh applauded the valour of a police officer, Lt Brian Murphy, who braved nine gunshots while defending the worshipers at the temple.

“Had he not acted in the spur of the moment, the casualties could have been higher; we are truly indebted to him for his bravery and pray that he recovers soon.”

“The incident that took place in America has shocked Sikhs living around the world. The Sikh community living in Pakistan requests the US government to conduct a transparent investigation into the incident so that the true motive behind the attack can be unraveled and such mishaps can be averted in the future.” 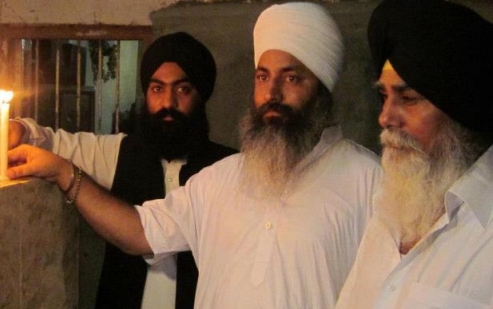 Pakistani Sikhs at a memorial ceremony for Oak Creek Victims
The Pakistan Sikh Council, however, demanded that the US government conduct a transparent probe into the August 5 mass shooting.

“The Sikh community has a history of peaceful co-existence with the people of other faiths world over and has never indulged in criminal activities,” PSC Chairman Sardar Ramesh Singh told the media at the Karachi Press Club.

Earlier, on Sunday, a vigil was organised at the Narayanpur Gurdwara, Ranchore Line, where members of the Sikh community gathered and prayed for the souls of those killed in the attack and for the speedy recovery of the injured.

After the vigil, a prayer was offered led by Sardar Janam Singh Rajveer, the head priest of the Nankana Sahib Temple, Punjab. Rajveer had earlier arrived in Karachi to attend the event.

Rajveer Singh said no place was safe anymore from the specter of terrorism that had gripped the entire world. He urged the global community to work together to eradicate the scourge.

“If an attack like this can take place in America, it can happen anywhere in the world. It is the responsibility of every human, irrespective of faith and creed, to sit and contemplate on where the world is heading.”