Dastar Case: UN Rules in Favor of Sikhs, Against France 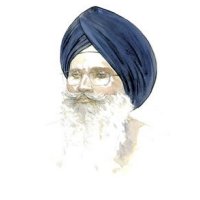 PARIS, FRANCE - The UN Human Rights Committee has ruled that France's ban on the wearing of "conspicuous" religious symbols in schools - introduced in a law adopted in March 2004 - violated a Sikh student's right to manifest his religion, protected by the International Covenant on Civil and Political Rights (ICCPR). In a decision that was sent out this week to the United Sikhs legal team, in relation to a complaint made by Bikramjit Singh in 2008, the Committee accepted that the wearing of a turban is regarded as a religious duty for a Sikh and is also tied in with his identity; and that France had not justified the prohibition on the wearing of the turban.

The Committee accepted that the France was entitled to uphold the principle of secularism (laïcité), a means by which a State party might seek to protect the religious freedom of all its population; it recognised that the adoption of the 2004 law had responded to actual incidents of interference with the religious freedom of pupils and sometimes even threats to their physical safety.

However, the Committee went on to express the opinion that this was not enough to justify the interference with religious rights that the law represented. France had "not furnished compelling evidence that by wearing his keski (small turban) [Bikramjit] would have posed a threat to the rights and freedoms of other pupils or to order at the school. The Committee also considered that the penalty of permanent exclusion had not been shown to be necessary; and that it had been imposed not because of any harmful conduct by Bikramjit, but because he belonged to a broad category of people by their religious conduct. In the Committee's view, France had not shown "how the sacrifice of those persons' rights is either necessary or proportionate to the benefits achieved". You may read the Committees views in full here. The views were adopted on 1st Nov 2012, at the 106th session of the Committee's sitting.

Mejindarpal Kaur, United Sikhs International Legal Director told a media conference in Paris today: "Laicite or secularity is not an end in itself; it is a means to an end. The end that laicite must achieve is freedom, equality and fraternity. Likewise the Turban is a means to an end and Sikhs in France will continue to wear the turban so they may work towards a society that is free, fair and for the good of all mankind."

"We now look to France to fulfil its treaty obligations under International law. It also has a moral duty to ensure that the freedom of religion and belief is upheld for everyone who lives within its territory," she added.

Stephen Grosz of London solicitors Bindmans, who was instructed by United Sikhs to represent Bikramjit Singh, said: "The UN Human Rights Committee is the first international body examine the substantive merits of France's ban on religious symbols and clothing in schools. In this significant ruling, it has made clear that the prohibition is unjustified. France must now prevent similar violations in future, and in particular, the Committee said that it should review the law of 2004 that imposed the ban. France must also provide Bikramjit Singh with a remedy, including appropriate compensation. France has 180 days to explain to the Committee how it proposes to give effect to the decision.

Bikramjit Singh, whose religious rights the UN decided had been violated, said, "I am very pleased with the UN's decision and would like to reassure the French government that we are in favour of secularity, in its true sense. The Sikh turban stands for liberty, equality and fraternity because the right to wear a Turban is open to all - men and women, rich and poor.

"In fact, the Turban is a symbol of laicite- it does not discriminate. The Turban is not a sign of oppression. It's a practice of freedom," added Bikramjit Singh, who after being expelled from school, completed his education privately and is now a project engineer with an engineering firm in Paris.

President of the Delhi Sikh Gurdwara Management Committee, Paramjit Singh said in a telephone interview: "Bikramjit Singh is an Indian national and it should have been the responsibility of the Indian government to protect his religious freedom abroad so that he and other Sikhs were not banned from wearing the turban in French public schools. Instead it took an NGO, United Sikhs, to take up and win this case at the UN. We are very proud of United Sikhs and congratulate the global Sikh community for the victory at the UN. I will personally ensure that this issue is raised at the Indian Parliament to ensure that France complies with the UN's decision and reverses the ban on the turban in schools".

"Religion and politics are two wheels that balance civil society. If one wheel comes off, society ceases to be stable. Laicite or secularity is the oil that ensures that the two wheels keep moving. Sikhs do not see laicite as the enemy. We see it as our friend to help us be good citizens." Said Shingara Singh, United Sikhs-France Director.

"Our stand for the turban will not only benefit France but the whole world. It is not a coincidence that this battle of the turban is being fought in France - a country that lives by laicite. The Turban will show the world that the true meaning of laicite can only be achieved if its people are allowed to be free to practice their faith," said Gurdial Singh of the Turban Action Committee of France, who has been defending campaign relentlessly.