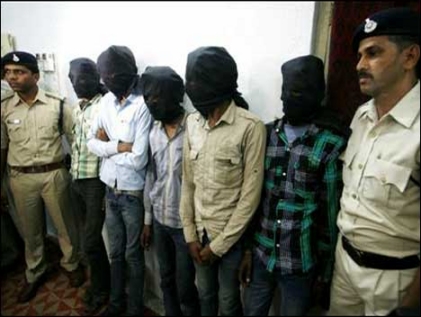 NEW DELHI - News of a Swiss tourist’s horrific gang-rape in central India Friday was, regrettably, less shocking that it should have been. After all, it comes in a year where the issue of sexual violence against women has dominated headlines out of the South Asian nation.

The fatal gang-rape of a 23-year-old student on a New Delhi bus in December sent shockwaves around the world and galvanized tens of thousands of both men and women to protest India’s treatment of it’s female population.

What sets this latest case apart from its notorious predecessor is that it happened to a foreigner who, like millions of other tourists, chose to visit India because of its perceived safety.

According to local reports, the unnamed Swiss tourist was in Madhya Pradesh state on a three-month cycling trip with her husband. The pair left the temple town of Orchha Friday morning and was en route to the popular tourist city of Agra (home to the Taj Mahal) when they stopped to camp in a forested area and were ambushed by as many as eight men. The attackers then robbed the couple and sexually assaulted the woman in front of her husband.

The Swiss embassy said it was “most distressed with the gang-rape of a Swiss national in Madhya Pradesh.”

“The Ambassador has been able to speak to the victim and her partner and has assured them of all possible support,” an embassy official said in a statement. “Their health and treatment is the priority of the moment. The embassy has also been in touch with the local authorities and has requested for swift investigation and for justice to be done."

The 39-year-old tourist was admitted to a hospital in Gwalior city, about 340 kilometers (212 miles) from the state capital of Bhopal, and released Saturday afternoon. By Sunday, officials had arrested six men between the ages of 19 and 25 in connection with the attack.

Is India Safe For Female Travelers?

The incident -- which once again paired “India” and “gang-rape” in large font around the world -- reignited the debate over the safety and status of females in the country of 1.2 billion.

According to human rights workers, thousands in India lose their lives each year due to rape, domestic assaults and other acts of violence against women. The government’s own crime records are equally shocking: According to statistics from India’s National Crime Records Bureau, one woman is raped every 20 minutes.

Given these figures, it may come as somewhat of a shock that the latest TV commercial for the nation’s “Incredible India” tourism campaign features a young single female traipsing around India and cavorting with unfamiliar men -- something most guidebooks would deem unwise.

“Combined with local attitudes to sex, the skimpy clothing and culturally inappropriate behavior of a minority of foreign women have had a ripple effect on the perception of foreign women in India,” Lonely Planet explains in its latest India edition. “One unfortunate consequence of this is that many female travelers experience sexual harassment in India -- predominantly lewd comments and invasion of privacy, though groping is not uncommon. Most cases are reported in urban centers of North India and prominent tourist towns elsewhere.”

Lonely Planet adds that constant staring “is something you’ll have to get used to.”

“The moment I got to India I started feeling like I was being observed,” recalled Chilean tourist Camila Andrade, who recently spent two months touring northern India. “It was like they didn’t care if I was with my boyfriend or not.”

Andrade said she covered herself up with sarongs whenever she was out in public, but said she felt scared to go out at night or go to the store alone because of the intense looks she received.

“After two months I got used to it, but I met a girl who was traveling alone from France and was also expecting to stay for two months. She left after the second week.”

But stairs are one thing; rape is quite another.

Though rare, several foreigners have reported attacks in recent years. In 2010, a Japanese woman was gang-raped by a group of auto drivers while making a pilgrimage to Bodh Gaya. That same year, two Dutch women in Delhi reported that they’d been held captive and raped for 2 months.

Conscious of the effect such cases are having on India’s international image, the cabinet approved a new bill last week that will drastically increase the punishment for rape. Attackers will now face a minimum of 20 years in jail and the death penalty if the victim succumbs to their injuries or is left in a vegetative state.

Madhu Dubey at the India Ministry of Tourism’s Sydney office said that everyone at the department was “completely horrified” about the latest attack.

All the while, the tourism board’s TV commercial promoting solo female travel is airing in each of India’s source markets, something Dubey called “rather untimely.”

Even before Friday’s incident, others called the commercial misleading or even dangerous.

The Swiss government issued a travel notice for India last month that noted “increasing numbers of rapes and other sexual offences” toward female travelers. Friday’s attack could prompt other nations to do the same -- something that could severely damaged the burgeoning tourism industry.

Yet, Dubey said India is no more dangerous for women than anywhere in the world.

“It’s extremely unfortunate, but you have these bad elements everywhere,” she noted. “But it’s important for lady tourists to always take the sure routes, go with approved tour operators and not do anything too out of the conventional.

“In the case of the Swiss tourist, I think the fact that it was a campsite in a rural part of the state is something that may have been overlooked. Areas like this are not typically promoted for tourism unless they are developed and protected.”

Books like “Eat, Pray, Love” and movies like “The Best Exotic Marigold Hotel” have bolstered the number of females visiting India on voyages of self-discovery. Indeed, tourism in general has grown exponentially over the last two decades.

The World Travel and Tourism Council calculated that the industry now generates $121 billion (or 6.4 percent of the nation’s GDP) and is responsible for 39.3 million jobs (nearly 8 percent of its total employment). Moreover, the organization claims tourism will grow at an annual average rate of 7.7 percent over the next decade -- that is, if India can disassociate itself with violence against women.

Perhaps in rectifying its image abroad, the nation can not only protect its female visitors; it can protect its own.