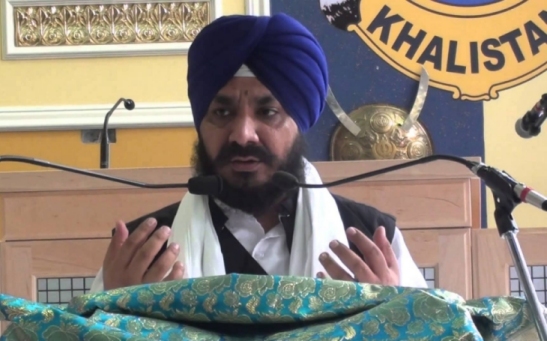 BRAMPTON, CANADA (KP) - Sources close to the Ontario Khalsa Darbar (Dixie Gurdwara) have stated that Shivteg Singh, the controversial pseudo-missionary ‘katha-vachak’ from Gurdwara Bangla Sahib, was ejected from the Gurdwara premises after he was caught in an illicit relationship with another married women during his recent tour in Canada.

Shivteg Singh, who is highly, regarded by anti-Dasam Bani heretics, as a great orator and ‘giani’ regularly delivered his sermons from Gurdwara Bangla Sahib, has often toured Canada on behest of the heretic missionary lobby that openly rejects the sacred Bani of Guru Gobind Singh Ji that is enshrined in Sri Dasam Granth. 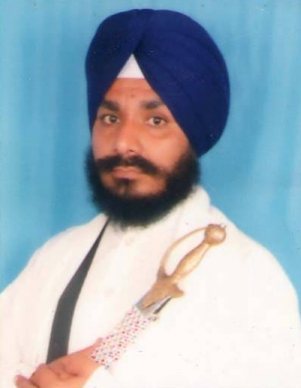 Inside sources state that Shivteg Singh and a married dhadi bibi (ballad singer) had been sharing a private room for many days on the Gurdwara premises for this illicit relationship but were finally caught red-handed by one of the sevadars.


Initially a spokesperson from Ontario Khalsa Darbar admitted that Shivteg Singh was recently expelled from the Gurdwara Sahib due to ‘some wrong doings’, but did not divulge further information on the incident.

Last Sunday afternoon, the Khalsa Ontario Darbar committee met with about 25 individuals from the sangat including representatives of various Panthic organizations.

The committee agreed to release an official press statement on this incident in the next few days. Sangat members plan to forward the official acknowledgment of the incident to Sri Akal Takht Sahib so Shivteg Singh can be banned from Panthic stages worldwide.

Relatedly, the grand patron of the heretics, Gurbaksh Kala-Afghana, who was excommunicated from the Panth from his blasphemous writings, was also mired by various controversies related to adultery, attempted rape, and sexual abuse.

Nevertheless, the pseudo-missionary lobby touts that such societal ills and characterless issues only existed in deras, and that their 'holier than thou' preachers are somehow immune from such controversy.

Shivteg Singh's controversy puts the pseudo-missionary groups in quite a quandary.