Beadbi of Saroops: Outrage Against Malik and Satnam Society 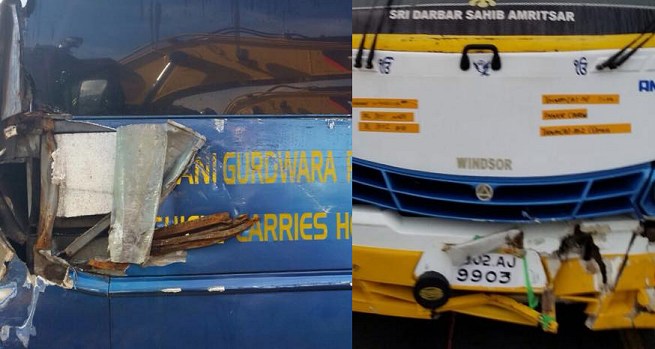 SURREY, BC (KP) - The Satnam Education Society of BC along with its director Ripudaman Singh Malik is once again amidst controversy after it was discovered that over four hundred sacred saroops of Sri Guru Granth Sahib Ji that were ordered by them were being stored in a damaged bus at a Vancouver port pending customs clearance.

The bus was shipped by the Shiromani Gurdwara Parbandhak Committee (SGPC), Amritsar on behest of Malik and the Satnam Trust. The hunderds of saroops were slated for various destinations across North America.

OUTRAGE FROM BC SANGAT

Meanwhile, perturbed and outraged by the flagrant sacrilege committed by Malik, a panel of six BC based Gurdwara Sahibs have issued an “adesh” (directive) on behalf of the local Sangat that states that Ripudaman Singh Malik has committed a grave blunder and violated Panthic Maryada by ordering these sacred Saroops in such a manner, and that he was fully responsible for the beadbi that has occurred of Sri Guru Granth Sahib Ji’s Saroops. 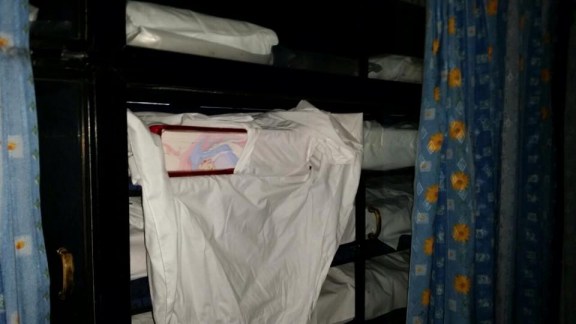 Furthermore, the panel requested that the sacred Saroops should be turned over to the local Gurdwara Sahibs, and that Malik and the Satnam Education Society should not be allowed to obtain Saroops in the future. The Gurdwara sevadars also indicated that they have tried to contact Malik over the last fews days, but have had no luck, and finally decided to deliver the 'adesh' to his residence.

Due to the backlash, the SGPC, in a communique to Malik, has stated that it is sending a three member team from Punjab to deal with the situation.

This is not the first time Malik and the Satnam Education Society have been caught up in controversy. Earlier this year, in April of 2014, hundreds Saroops of Sri Guru Granth Sahib Ji were discovered locked up in a Delhi Sikh Gurdwara Management Committee (DSGMC) shipping container outside a local Gurdwara Sahib complex. These Saroops were also ordered by the Satnam Trust, but were eventually returned to Gurdwara Bangla Sahib after fierce objections by Sikh organizations.

In 2007, a similar container, also authorized by the DSGMC was discovered in which over 100 saroops were sealed to be sent to the Canada based Satnam Education Trust.

The DSGMC at that time was under the control of Paramjit Sarna, had offered his apologies and had agreed to appear at Akal Takht Sahib if requested.

According to Jathedar Joginder Singh Vedanti, Sarna had sent a letter of apology letter along with a letter by the Satnam Education Trust that has ordered the saroops from the DSGMC.

The Sikhs consider Sri Guru Granth Sahib Ji is to be embodiment of their Divine Spirit – Shabad Guru, and utmost respect is given when transporting the sacred Saroops from one venue to another.

In May of 2014, after careful deliberation and recommendations from local and international Sikh organizations, Sri Akal Takht Sahib issued a directive to Sikh organizations, including the DSGMC, and SGPC to not transport any sacred Saroops of Sri Guru Granth Sahib Ji via ship or shipping container.

By sending the sacred Saroops in a bus on a container ship, both the SGPC and the Satnam Education Society have tried to circumvent Panthic Maryada and disobey the wishes of the Sangat that has vigorously opposed the shipping of sacred Saroops of Guru Sahib like commercial commodity.

Aside from the fact that proper satkar/respect for the sacred Saroops can never be provided or assured on commercial ships, the shocking truth is that thousands of shipping containers are lost every year due to the rough seas, as many containers become loose and topple overboard. The overboard containers end up on the bottom of the deep ocean, and are never retrieved. 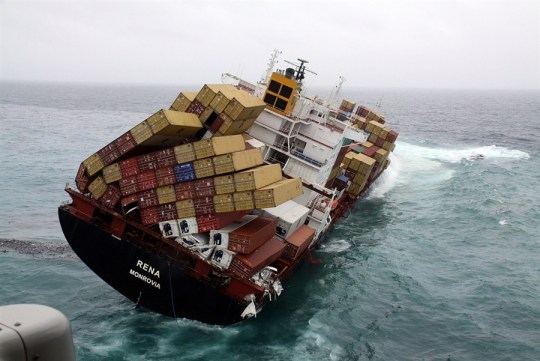 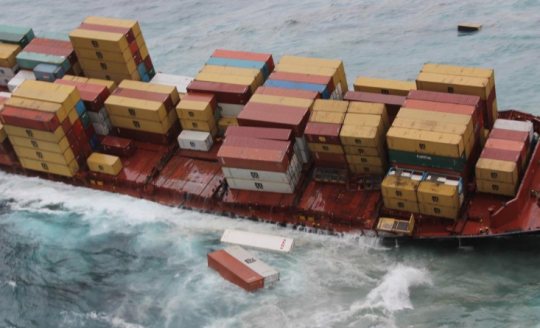 Risks of Shipments via Sea
"Thousands of shipping containers are lost at sea every year, often due to the nexus of rough seas..." - National Oceanic and Atmospheric Administration Report, March 2014

Regardless of whether these sacred Saroops are in a bus or container, the risk of going overboard is always there. History and tradition reveals that GurSikhs of the past have always upheld the reverence and respect of Guru Granth Sahib Ji no matter what the cost or sacrifice.

How can the Sikhs of today even contemplate taking such potential risks when such beadbi and sacrilege is inevitable?

In this video, which aired on October 2nd, 2014, Ripudaman Singh Malik contends that no beadbi was committed by him (in ordering these Saroops from SPGC)