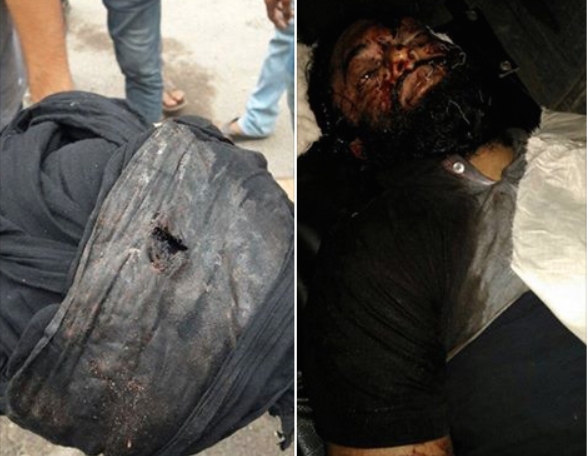 RANI BAGH, JAMMU (KP) – A Sikh resident of Jammu Valley was shot in the head and killed by the Indian Police in cold-blood during a peaceful protest against the removal of posters depicting an image of Sant Jarnail Singh Bhindranwale. Dozens of others protestors were reportedly injured during a clash between the Police and protesters.

The local Sikh community had organized a religious function in memory of those who were killed in the 1984 assault, code-named “Operation Blue Star” that left thousands of innocent men, women, and children dead, and Sri Akal Takht Sahib in ruins. The local community had been holding the memorial events annually since 1985.

“For the last 31 years we are paying tributes, a young man got killed here, why did he die? Where from did the police come suddenly?"
- Kanwaljeet Kaur (Gardhigarh, Jammu)

The Sikh youth, identified as Jagjit Singh, a resident of Chohala, RS Pura, was killed in Gadigarh area of Jammu during the protest organized by the Sikh community against Satwari Station House Officer (SHO) Kulbir Choudhary who had removed the posters of Sant Bhindranwale and triggering the protests. 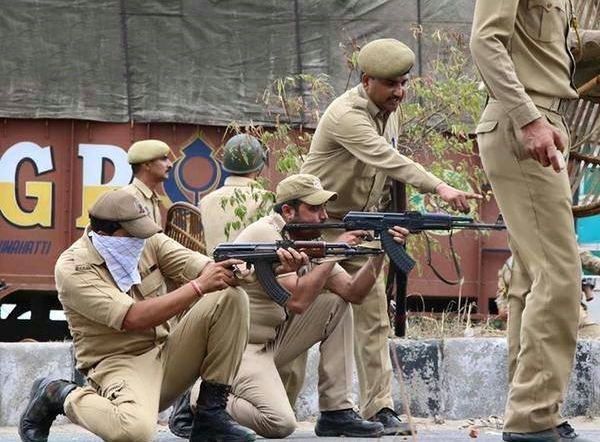 A still-frame of a video seconds before Jagjit Singh was shot by the above police officers.

Protests have reportedly spread throughout other ares of the Jammu valley, and crucial roads was blocked as protesters raised slogans in favor of the Sikh homeland of ‘Khalistan’ and against the Indian government.

Sikh community members complained that Police authorities are clamping down on the protests, intimidating Sikh residents and making house to house searches in order to detain Sikh youths involved in the protests.

Meanwhile, the chairman of the All Parties Hurriyat Conference, Syed Ali Shah Geelani, condemned the killing of the Skh youth, and described the police action as “worst kind of state terrorism” and expressed solidarity with the Sikh community, and sympathized with the families who suffered during the June 1984 military assault on Sri Darbar Sahib complex in Punjab.